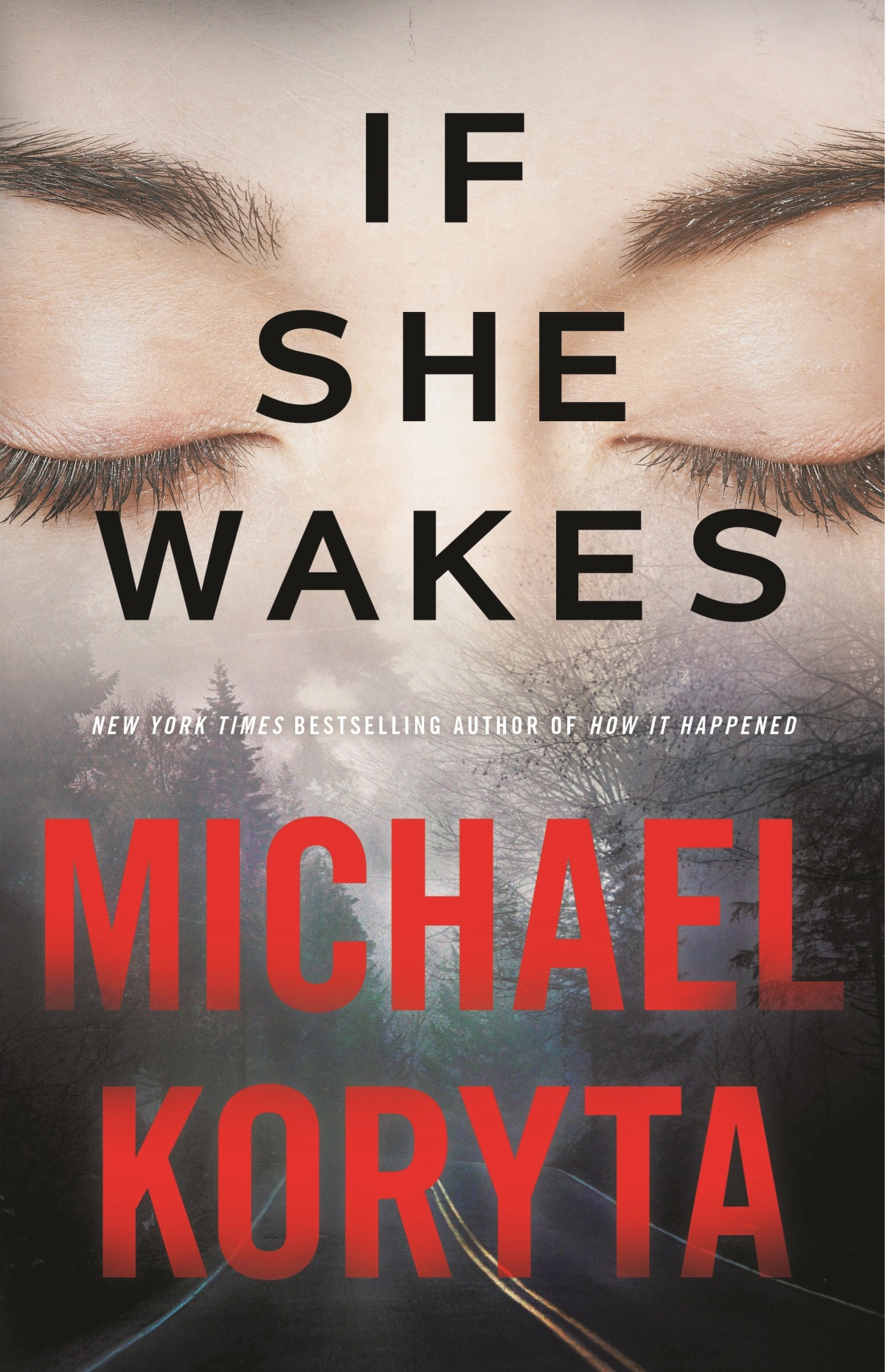 There was a real sense of relief for Michael Koryta fans when the bestselling author finally killed off the evil Blackwell brothers several novels ago and so it’s with dread to see the son of one of the brothers appears in his latest mystery thriller, If She Wakes. Still a teen but already a perfect sociopath, Dax Blackwell is hunting down a missing cell phone and trying to eliminate anyone who stands in his way. That includes Tara Beckley, who was almost murdered by another competitor for the phone and now is a prisoner of locked-in syndrome, confined to a hospital bed, totally alert but unable to communicate in anyway. If Tara wakes, she can reveal the secrets of the phone. Those trying to protect her without fully understanding what is going on are former race and stunt car driver Abby Kaplan who is now working as an insurance investigator and Tara’s sister Shannon, an attorney who is sure her sister can understand what’s going on while others are urging that life support be turned off.

Michael Koryta took time to chat with Jane Ammeson about his latest book.

JA: How would you summarize If She Wakes for readers?

MK: A hit man, a disgraced stunt driver, and an alert woman who is believed to be in a coma — and there’s a dog! What more do you want?

JA: Do the Blackwells scare you as much as they do me?

MK: I know what it says about me that I’d begun to miss the Blackwells after writing about them first in Those Who Wish Me Dead and then again when I was working on the script for that film. It was while working on the script that I began to think about just how oddly family-oriented they are for sociopaths. They care about nothing but one another. The family bond is very deep. This came back to mind a few times, and I wondered what it would be like to be the son of the LeBron James of contract killers. What would that kid turn out like? What if he took on the family business? I decided to try Dax for a chapter and see if I found him interesting. Once he arrived on scene, he wasn’t leaving.

JA: How did you get up to speed (sorry about the pun) about the type of driving Abby is capable of?

MK:  A combination of reading, research, and having a lot of experience being a very bad driver. I totaled my mother’s car on a double-S curve within a few weeks of getting my license, while testing my Abby-style reflexes. While I advocated that it was really the car’s fault, and never would have happened in a vehicle with more horsepower and better handling, no one seemed interested in supporting me in that.

JA: How did you come up the idea of If She Wakes? And do you plot out everything meticulously or does the story just flow once you start writing it?

MK:  I can’t plot to save my life. It’s all rewriting for me, getting a draft down and then seeing the book and going back and revising, revising, revising until it begins to take coherent shape. As for the idea, I really don’t understand enough at the start of a book to claim that I ever had the full concept. But the starting point came from reading a book about locked-in syndrome called Into the Gray Zone by Dr. Adrian Owen, and in particular reading about testing that was done using a Hitchcock film and an MRI.

JA: I read that you spend your time between Bloomington, Indiana and Maine—is each place a different kind of incentive for writing? Where to set your stories?

MK: I seem drawn to writing about places farther away from my hometown in Bloomington, for whatever reasons. The closest I’ve come was West Baden, in So Cold the River. And, of course, the caves in Lost Words. Maine has definitely become a place that I enjoy writing about, much as Montana did. I suspect a difference is that no matter how much time I spend in Maine, I’ll always have the perspective of being an outsider, or “from away” as they say up there. I like stories where characters are outsiders, and I love stories where the natural world can push back on a character’s goals, so Maine is a very comfortable fit.