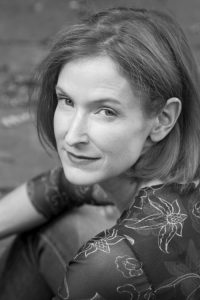 As a Jane Austen fan, I was happy to interview Stephanie Barron, author of 13 Jane Austen mysteries including her most recent Jane and the Waterloo Map and Jane Austen and the 12 Days of Christmas, who was in Chicago last Saturday for a book event. 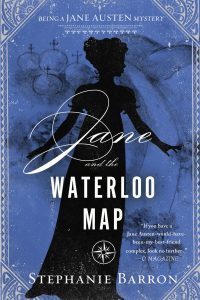 “Jane and the Waterloo Map is set in November, 1815, four months after the Battle of Waterloo,” Barron, who started reading her books when she was 12, told me. “Jane is in London tending to her sick brother and supervising the publication of her fourth novel, Emma, when she is invited to visit the Prince Regent at Carlton House. While on a tour of the royal palace she stumbles over the body of a dying cavalry officer, a hero of Waterloo, in the Prince’s library.”

At the event which was titled “An Afternoon with Stephanie Barron,” she also talked about her previous book in this series, Jane and the Twelve Days of Christmas, which takes place during the holiday in 1814—when England and the United States signed a treaty ending the War of 1812.”
Barron started her series in 1802 when Jane was 26 and in the latest she is 40, with only 18 months left to live. It’s a span of time when the Napoleonic Wars in England were taking place and Barron says her books are as much about the transitions in English society during those years as they are about Jane Austen’s life and work.

I asked her why she thinks Austen still continues to be popular some 200 years after her death.

“Part of Jane’s enduring appeal is that she understood how women think, and just as importantly, that women like to be appreciated and valued for their intelligence as much as their physical appeal,” she said. “Austen had an acute understanding of the human heart and human motivation; this allowed her to fashion complex and compelling characters, both male and female. Her perceptions remain true to human lives today—we’re still learning from her acute understanding.”