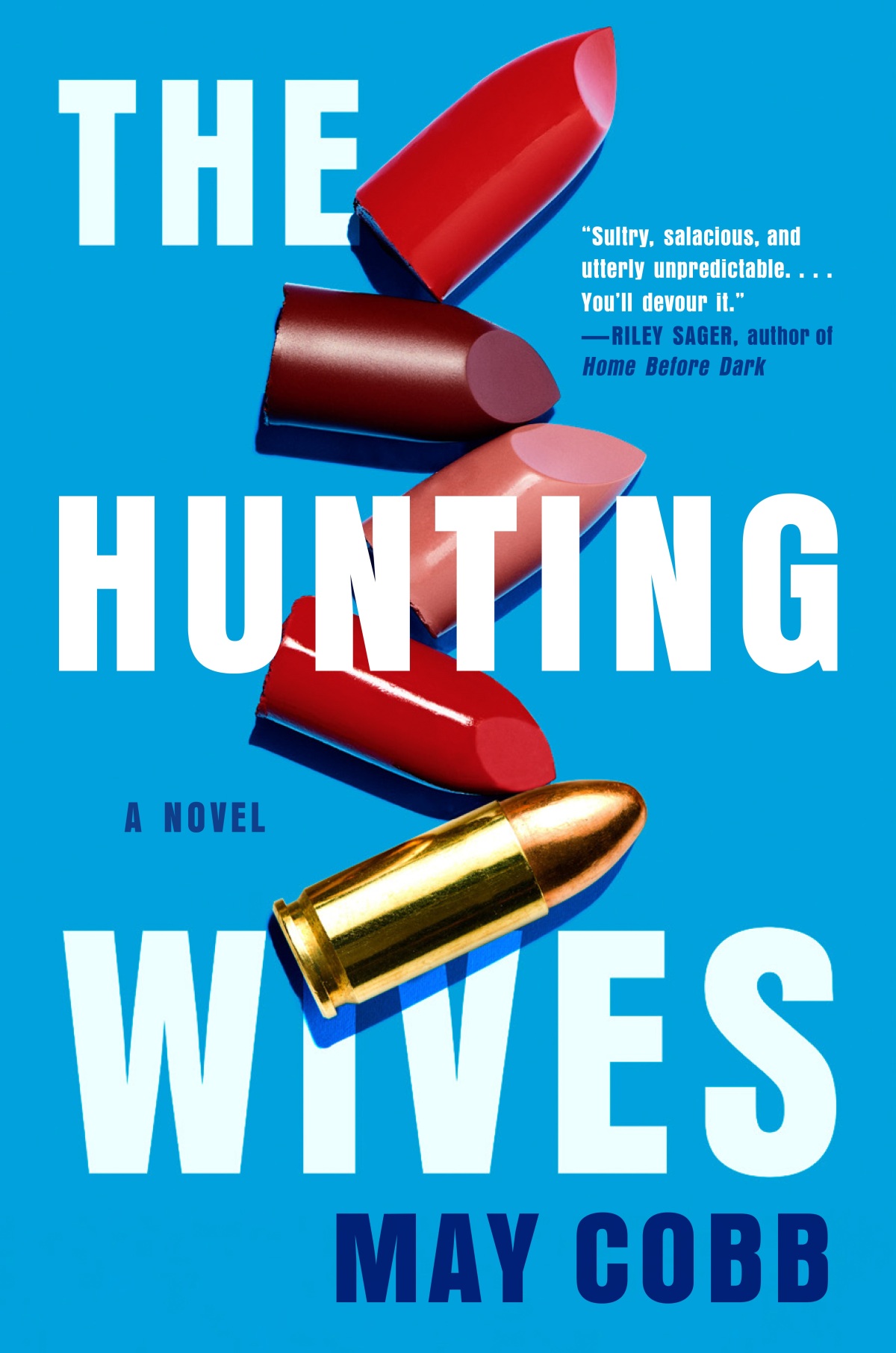 Southern belles behaving badly is the premise of The Hunting Wives, May Cobb’s new mystery-thriller about an elite circle of wealthy women in a small Texas town. Every clique has its queen bee and in this privileged hunt club it’s the oil-rich, manipulative, and magnetic Margot Banks who leads the group who are doing much more than just shooting skeet. The club’s other activities include downing pitchers of mojitos and martinis, barhopping, and indulging in serious flirtations. The defining membership rule drills down to the basic what happens amongst club members stays within the club. After all, they’re all happily married—wink, wink.

Sophie O’Neill, a life-style journalist from Evanston, Illinois, is struggling to adjust to small town life and being a full-time mother when she’s invited to go skeet shooting and then to join the club. At home, she has an adorable young son and an equally adorable—and adoring– husband, but she’s restless and looking for something though she doesn’t know what. It doesn’t take long before she’s adopted the club’s values including Margot’s penchant for handsome, hunky, and much younger men.

Soon, she’s lying to her husband and coming home way too late. But that’s not the worst of her problems. When a young woman is found dead on the grounds of Margo’s large lakeside second home where the club members meet, Sophie becomes the number one suspect.

“There women are very complicated and messy,” says Cobb in what is a major understatement.

Cobb, who lives in Austin, Texas, returned to her home state after graduating with an MA in Literature from San Francisco State University and working in Hollywood for Rob Shelton, a writer and director known for such movies as Bull Durham, Bad Boys II, Tin Cup, and Cobb. She says the inspiration for this novel came about when driving the back roads of Texas and listening to her mother tell a story about her high school days when some rich boys invited her to their hunting club.

“They sat on their cars and shot little rabbits and I thought this could go so wrong,” says Cobb. Sophie and Cobb have other similar characteristics besides both being young mothers.

“There’s a fair amount of Sophie in me, the restless part,” she says. “I don’t know if that’s the writer in me but there’s a part of me that wants to move places and do things.”

But Cobb, realizing that her days of going out to bars and listening to music were over at least for the time being, didn’t join a hunt club but instead started writing. It was a good choice as the book has already received great reviews.

“I really did have a blast writing the book,” she says. “I wanted to write a story about obsession and how a person’s life goes off the rails.”

Cobb, who thrived on mysteries like Nancy Drew and the Hardy Boys when growing up, didn’t plot the book but instead let it evolve as she wrote. Sometimes she was surprised by the twists and turns of her story line and what her characters did.

“Stephen King says that he doesn’t plot as he believes the story is already out there and we just have to tell it,” she says. “I really tried to get into Sophie’s head and feel her boredom and that’s what drove her to make the decisions.”

Whenever Sophie is faced with making a decision, she opts for the bad. She’s oblivious, at least at first, to all the conniving and lying going on around her until finally realizing, as her marriage breaks down and more people associated with the club are found dead, that she’s being set up to take the fall for the real murderer.