“Hour of the Witch,” Chris Bohjalian’s well-researched and chilling new novel, takes us into a past where, just by trying to exercise her independence and desire to lead her own life, a woman could be castigated as a witch. 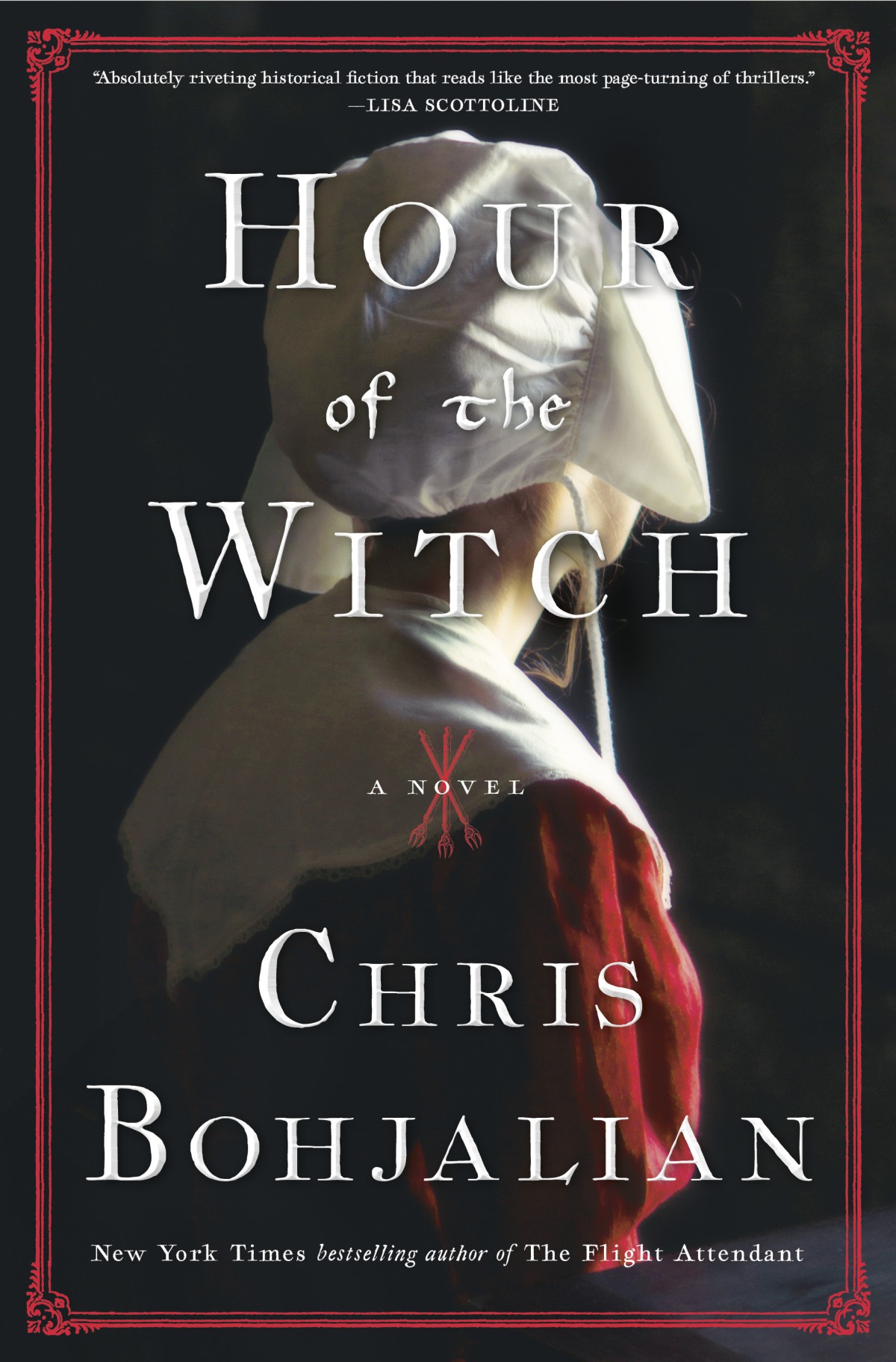 Bewitchingly beautiful with delft blue eyes, porcelain skin and blonde hair, Mary Deerfield has a handsome, wealthy husband, a lovely house, and bruises on her face that she tries to hide under her linen cap. Thomas, her husband, is almost twice her age and given to drunken rages, particularly as time goes on and Mary does not become pregnant.

Mary’s parents are respected and well-to-do but can’t protect their daughter. There are no organizations to help battered women, no social workers or psychologists to dispense advice, nor can Mary just leave her home, move to another city and get a job. After all, this is Boston in 1662, and women have few, if any, rights. Ironically, Massachusetts, one of the most liberal states in the 21st century, was back then the kind of place where they burned women as witches.

“Hour of the Witch,” Chris Bohjalian’s well-researched and chilling new novel, takes us into a past where, just by trying to exercise her independence and desire to lead her own life, a woman could be castigated as a witch.

“When we think of New England’s history of hanging people for witchcraft, we beeline straight to Salem in 1692,” said Bohjalian, a New York Times bestselling author of 22 books whose works have been translated into 35 languages and three times made into movies. “But in 1656, the governor of Massachusetts had his own sister-in-law hanged as a witch. And the first real witch hunt was Hartford in 1662 — three full decades before Salem. One thing many of the women executed as witches had in common was that they were smart, opinionated, and viewed as outsiders; sometimes, they saw through the patriarchal hypocrisy that marked a lot of New England Puritanism.”

Mary puts up with a lot; after all, she has little choice. But when Thomas drives a three-tined fork into her hand, she’s had it and files for divorce. Bohjalian said he was looking for a way into writing a suspense novel about the 17th century and found it when he came across the records of a woman named Nanny Naylor in the 1600s who successfully sued for divorce and won.

“Puritans lived with anxiety and dread — just like me,” he said. “Of course, for them, Satan was as real as your neighbor and they fretted constantly over whether they were saved or damned. My anxieties were more of the 1980s ‘Breakfast Club’ sort.

“I think ‘Hour of the Witch’ is very timely for a novel set in 1662,” he said. “And that was by design. When a magistrate on Boston’s all-male Court of Assistants calls my heroine, Mary Deerfield, ‘a nasty woman,’ I knew the reference would not be lost on my readers. Now, I never want to write polemics, but yes, there is a political undercurrent to the novel that will resonate.”

Bohjalian said it wasn’t difficult getting into the Puritan mindset.

“If you’re the sort of person who always questions your motives and has a healthy dollop of self-loathing, it’s actually rather easy,” he said.

What, of all the research he did, surprised him the most?

“The fact the Puritans didn’t use forks and drank beer like they were at fraternity parties in 1978,” said Bohjalian. “Their table manners must have been atrocious.”

This review previously ran in the Times of Northwest Indiana.