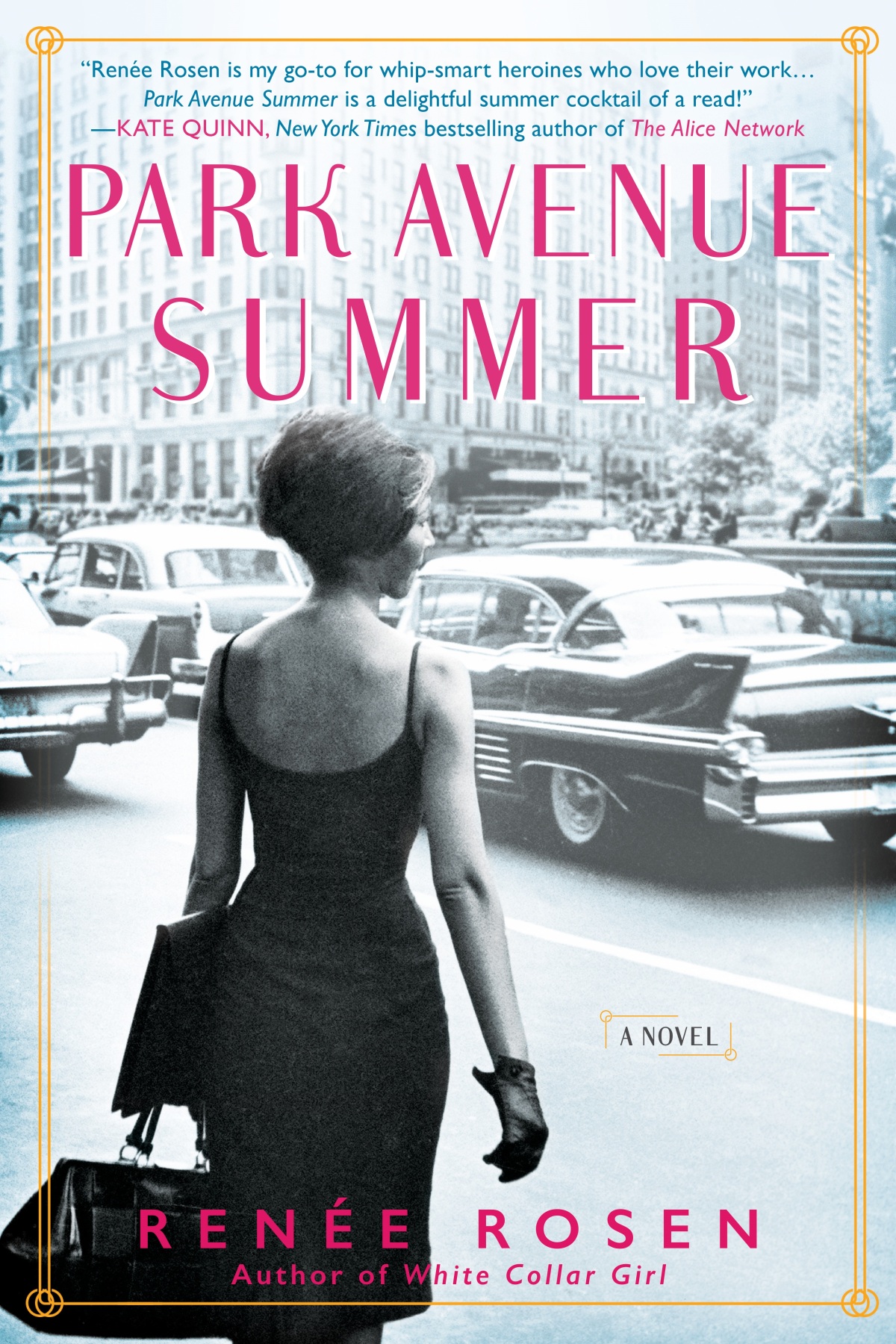 Chicago-based author Renee Rosen typically writes novels about historic periods and people in Chicago such as the age of jazz (Windy City Blues); mid-20th century journalism (White Collar Girl) and the Roaring Twenties (Dollface). But in Park Avenue Summer, her latest novel which she describes as “Mad Men the Devil Wears Prada,” she takes us to New York City during the era of Helen Gurley Brown, first female Editor-in-Chief of Cosmopolitan Magazine and the author of the scandalous best seller, Sex and the Single Girl.

Like many of us, Rosen read Cosmo (as it was known) when young.

“I was looking for guidance on my 16-year-old love life,” she says, noting that all the time she spent poring over the glossy pages of Cosmo essentially shaped my view of female sexuality and female empowerment, too. “She changed the face of women’s magazine.”

Park Avenue Summer tells the story of Alice (Ali), who moves to New York City after breaking up with her boyfriend and ends up getting her dream job, working for Cosmo.

Like she does for all her books, Rosen threw herself into full research mode, wanting to convey the story through Alice’s eyes.

“I even went down to the Port Authority to get the feel of what Alice would have seen and felt when she arrived,” says Rosen.

Because Rosen had lived on the Upper West side in New York for a year she knew where Ali, as a single working girl would live—an area in the East 60s called “the girl’s ghetto.” She walked the streets until she found the exact apartment she had envisioned for Ali.

All in the name of research, she visited Tavern on the Green, 21 Club, St. Regis and the Russian Tearoom, all swank places still in business that were very popular back then. But best of all, a friend introduced her to Lois Cahall who had worked for Brown.

“Helen Gurley Brown was like a second mother to Lois,” says Rosen. “She and I became good friends and she vetted the book for me. It was like a gift from the gods, because she knew so much about Brown and Cosmo and that time.”

Rosen is very much an admirer of Brown and what she accomplished.

“She really wanted to help women be their best,” she says. “She wanted them to know that they could get what they want even in what was then a man’s world.”

What: Rene Rosen has several book signing events in the Chicago area.

When & Where: Wednesday, May 1 at 11:30 a.m., Luncheon at The Deer Path Inn, 255 East Illinois St., Lake Forest, IL. $55 includes lunch and book. Seating is limited and reservations are required. Sponsored by Lake Forest Bookstore. 847-234-4420; lakeforestbookstore.com

When & Where: Wednesday, May 1 at 6:30 p.m. The Book Stall, 811 Elm St, Winnetka, IL 847-446-8880; thebookstall.com.  In conversation with Susanna Calkins who is celebrating the release of Murder Knocks Twice, the start of a new mystery series set in the world of Chicago speakeasy in the 1920s.