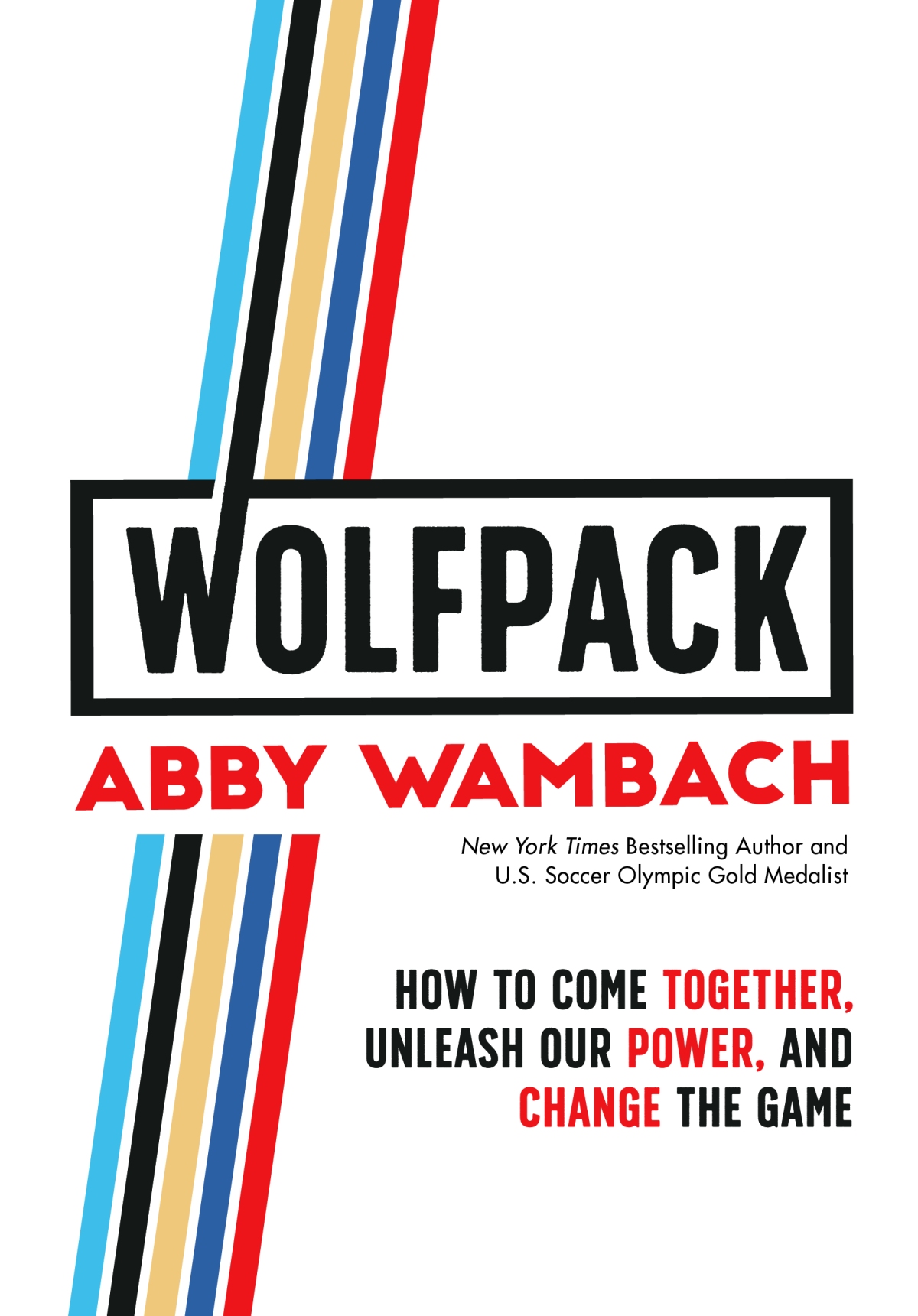 Abby Wambach, the two-time Olympic gold medalist, FIFA World Cup champion and international soccer’s all-time leading scorer, is taking on a new game, that of empowering women—asking them not only to be thankful for what they have but also to demand what they deserve. And that’s the premise of her new book, Wolfpack: How to Come Together, Unleash Our Power, and Change the Game (Celadon 2019; $15.82 Amazon price).

To create a winning championship team, Wambach, who was co-captain, helped forage the 2015 Women’s World Cup Champion Team into a wolfpack of winners. Now she’d like women to ignore the old rules that help keep them down and instead change the game.

Believing that there has never been a more important moment for women, she talks about the “Power of the Wolf” and the “Strength of the Pack,” and her book is rousing call to women outside of the sports world but employing the techniques she used to create a championship team.

“We are the wolf,” she said in her keynote address to the Class of 2018 at Barnard’s 126th Commencement on Wednesday, May 16, 2018 at Radio City Music Hall and her book reflects that stirring speech. Her concepts of “Power of their Wolf” and the “Strength of their Pack” is her way to be a catalyst for overcoming the obstacles that women face. As an example, she talks about the pay gap where women in the U.S. still earn only 80 cents on the dollar compared to men and black women make only 63 cents, while Latinas make 54 cents.

“What we need to talk about more is the aggregate and compounding effects of the pay gap on women’s lives,” she says.  “Over time, the pay gap means women are able to invest less and save less so they have to work longer. When we talk about what the pay gap costs us, let’s be clear. It costs us our very lives. That’s why if we keep playing by the old rules, we will never change game.”

Wambach offers some rules to overcome being Little Red Riding Hood and instead become “the wolf.”

· Make failure your fuel: Transform failure to wisdom and power.

· Lead from the bench: Lead from wherever you are.

· Champion each other: Claim each woman’s victory as your own.

What: Celebrate the release of Abby Wambach’s book Wolfpack

Cost: Tickets cost $29.97 (with service fee) and include a pre-signed copy of the new book and admission for one person. You will receive your book when you arrive at the event. wolfpackandersons.brownpapertickets.com