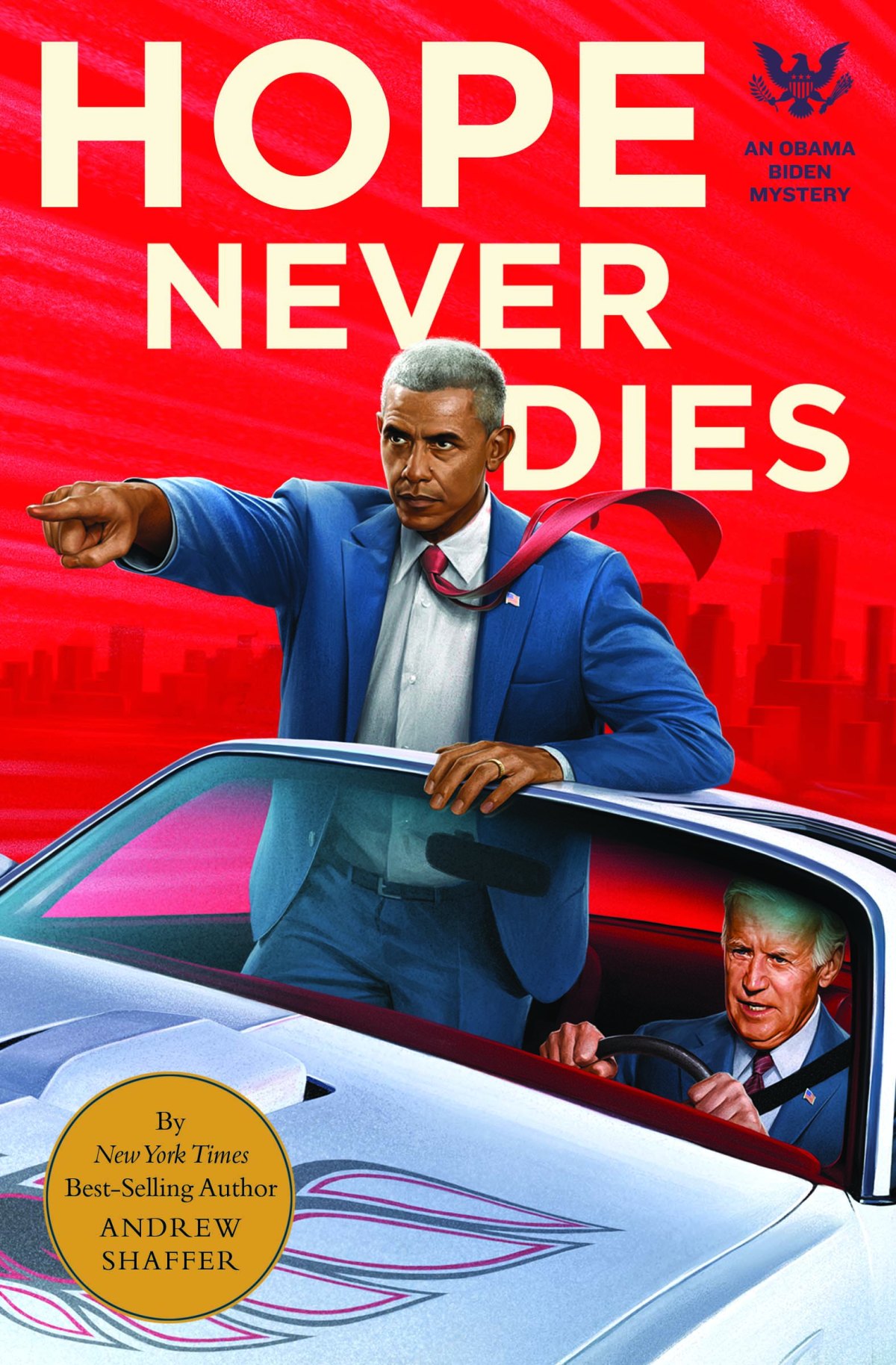 Watching news clips of Barack Obama windsurfing off of Richard Branson’s private island, kayaking with Justin Trudeau and BASE jumping in Hong Kong with Bradley Cooper while he’s grouting tile in his master bathroom and playing darts on a board his daughter gave him years ago, Joe Biden, feeling left-out (he doesn’t even have Secret Service protection anymore), grumpily wonders why the 44th president hasn’t called him in the months since Donald Trump took office.  Biden’s grousing changes quickly when Obama appears in the woods behind his house late one night, coolly smoking a cigarette and delivering the terrible news that Finn Donnelly, the Amtrak conductor that Biden befriended as he traveled back and forth between Delaware to Washington D.C. has been murdered. On his body, Barack says, was a printout map of Biden’s home. Is someone targeting the vice-president? 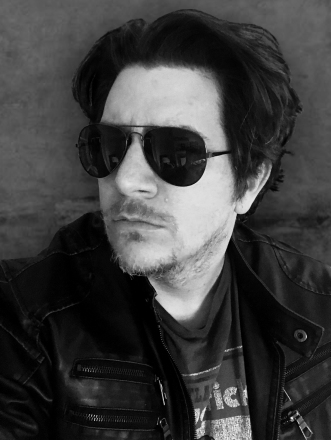 And so the bromance rekindles as the ex-president and ex-vice are back working as a team as they race to solve the crime in Andrew Shaffer’s Hope Never Dies (Quirk Books 2018; $14.99). The title is a parody of the James Bond movie “Tomorrow Never Dies”  and the dime store detective novel-like-cover  depicts Obama, the wind whipping his red tie behind him, standing in the passenger seat of a Thunderbird convertible pointing the way as a determined Biden drives but the story itself isn’t farce. Shaffer, who is a New York Times best seller author, says that though the action is over-the-top at times—Obama roughing up a biker; Biden head-butting a villain and getting thrown off a fast moving train to name a few—he resisted getting too campy.

“The book is more than a one-note joke,” says Shaffer.

Growing up in Iowa, Shaffer enrolled in the University of Iowa’s noted creative writing program.

“They teach serious fiction there and you’re reading a lot of serious authors like Phillip Roth,” he says.  “So I’m writing like I’m in my 60s, divorced and living in the suburbs. I was only 21 and I thought what am I doing? I wanted to write the type of fiction I like to read such as authors like Elmore Leonard, Donald Westlake and Lawrence Block.”

Shaffer had been thinking about writing a mystery with Joe Biden as the main character for years.

“I thought about maybe making it a cozy type of mystery,” he says. “But I got the idea for this when they’d been out of office for a week or so. I wrote a note to my agent asking how about a Biden-Obama mystery and she said really? I said yes.”

Inspired by the 1980s buddy cop movies he liked such as “Tango & Cash,” Shaffer says that the mystery isn’t just about Biden’s love of ice cream but instead covers serious topics such as the opioid epidemic. Since the book’s recent release on July 18, it’s been selected as an Amazon Best Book of the Month: Thrillers July 2018 and an Official Summer Read of Publishers Weekly.  He is already working on the next book in the series, Hope Rides Again.

“It’s a legacy in ways,” Shaffer says about the series. “”It’s for people, no matter what part of the political spectrum they’re on, need some kind of hope.”

What: Book signing with Andrew Shaffer.