Fargo, vice president of the Chicagoland chapter of Sisters in Crime and the cocreator of the podcast Unlikeable Female Characters, has a little bad girl in her too.

“I love the sinister title of ‘They Never Learn,’” she said, adding that this, her second thriller, has everything she loves in a book — sexy women, Shakespeare references and the stabbing of men who “deserve” it.” 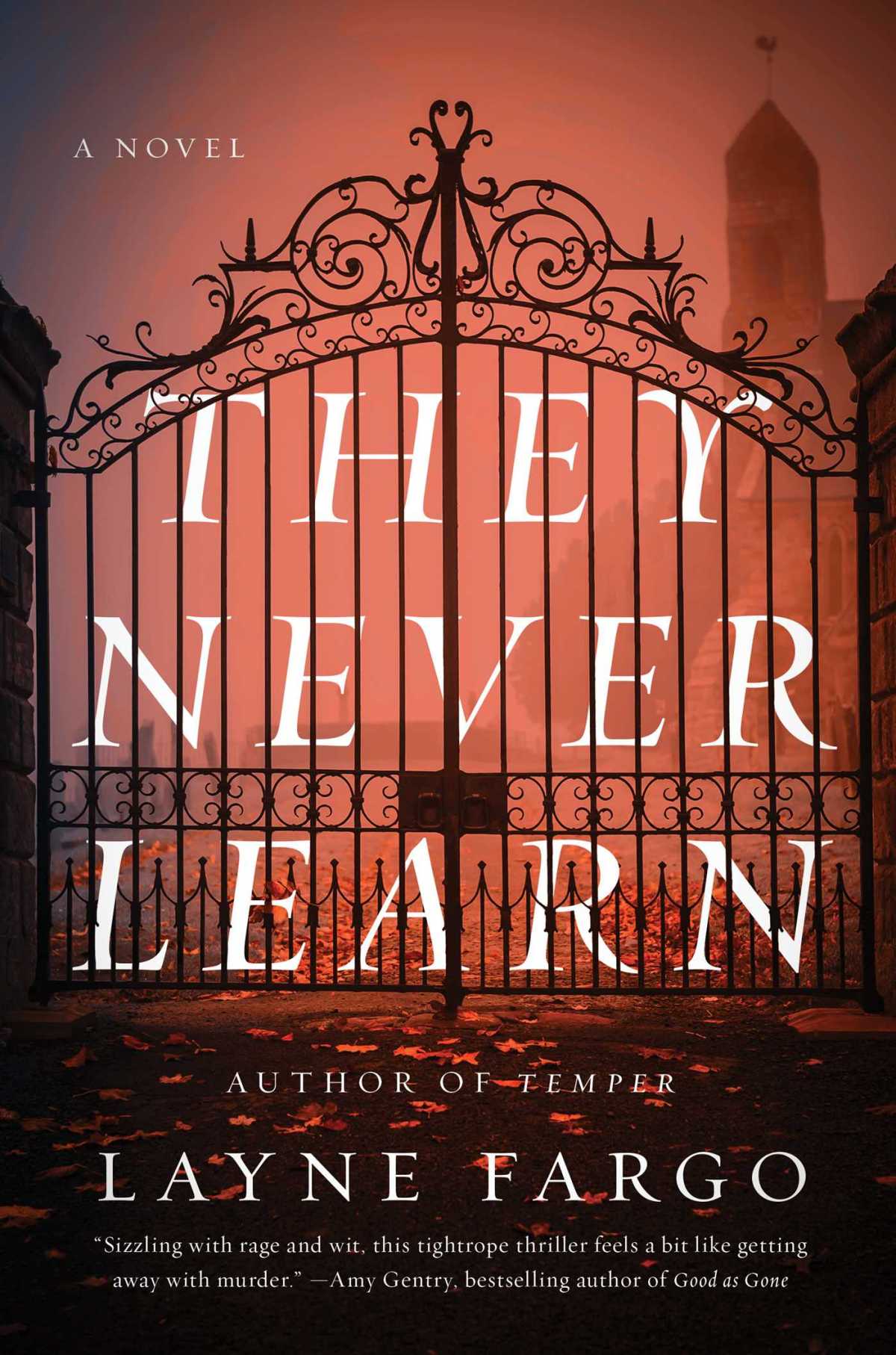 Scarlet Clark, the lead character in Layne Fargo’s newest psychological thriller, “They Never Learn,” is not your typical English professor. While she takes her studies and students seriously, for 16 years she’s also been on a mission, to eliminate men at Gorman University she considers to be bad guys. By planning carefully and keeping the murder rate down to one a year, she’s managed to avoid discovery.

That is until her last killing — the poisoning of a star football player accused of rape — doesn’t go so well. She posted a suicide note on the guy’s Instagram account, but it turns out you can’t kill a star athlete without some ramifications.

Suddenly, the other suicide notes written by Scarlet are under review and her current project — dispatching a lewd department head who also is her competitor for a fellowship she desperately wants (not all of Scarlet’s killings are devoid of self interest). Trying to forestall discovery, Scarlet insinuates herself into the police investigation while under pressure to get away with this next kill.

But it’s even more complex than this. After all, it is a Fargo book, and the Chicago author who wrote the well-received “Temper” likes the complexities and power struggles inherent in relationships.

In this case, adding to the drama is the transformation of Carly Schiller, a freshman who has escaped an abusive home life and now immerses herself in studies as a way of avoiding life. But when Allison, her self-assured roommate, is sexually assaulted at a party, Carly dreams of revenge.

Fargo, vice president of the Chicagoland chapter of Sisters in Crime and the cocreator of the podcast Unlikeable Female Characters, has a little bad girl in her too.

“I love the sinister title of ‘They Never Learn,’” she said, adding that this, her second thriller, has everything she loves in a book — sexy women, Shakespeare references and the stabbing of men who “deserve” it.

Fargo was enraged at what she saw as the injustice of the appointment of a man accused of rape into a high position.

“I channeled that all-consuming anger into a story where men like that are stripped of their power, where they get exactly what they deserve,” she said.

This are article also ran in the Books section of the Northwest Indiana Times.