“In April 2007, two stolen Audi A8s smashed through the glass façade of the Wafi Mall in Dubai,” says Parish. “In a marble rotunda, the white car rammed the secure entrance of Graff Jewelers, while the black car spit out men in masks with automatic weapons.” 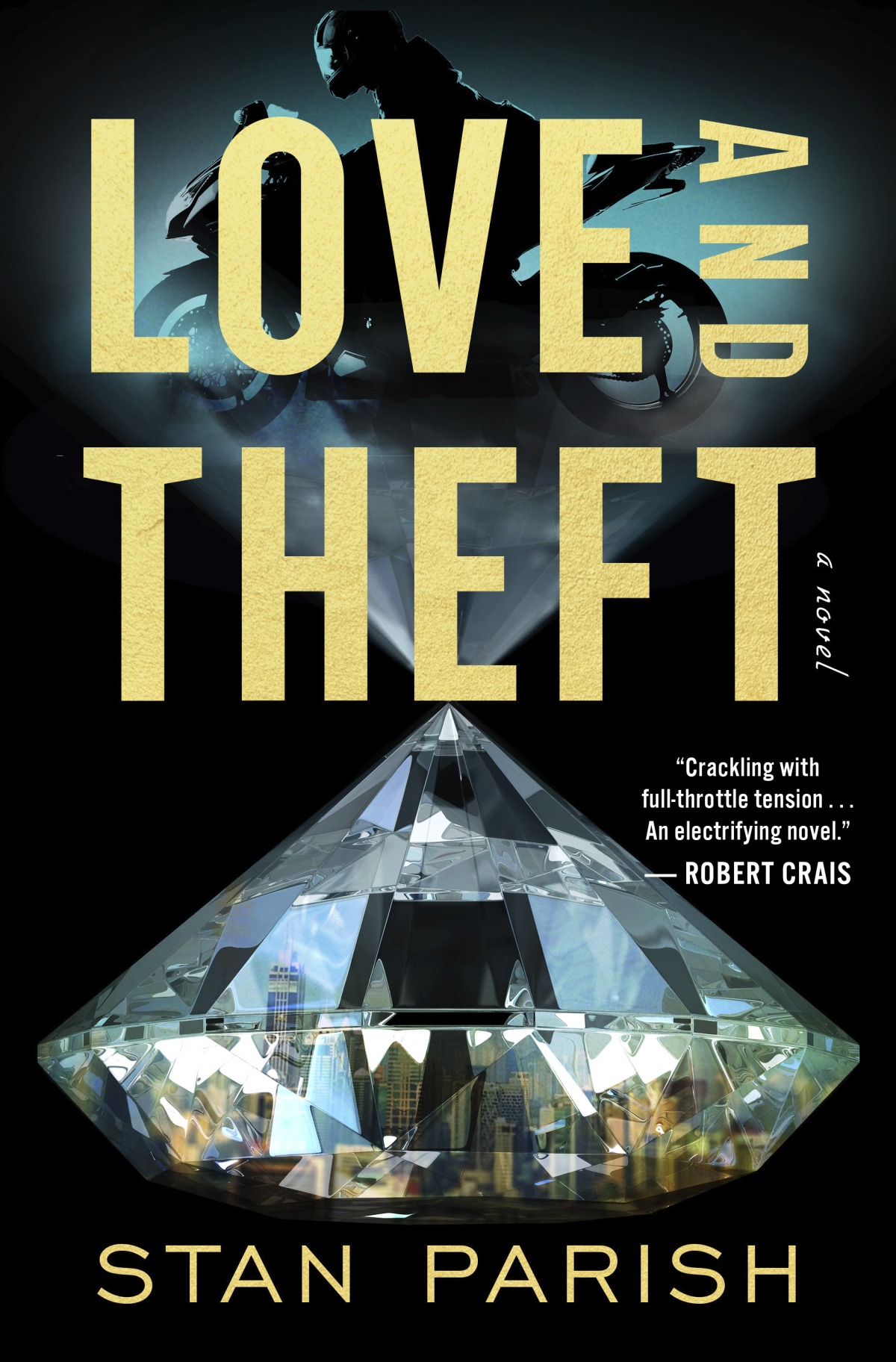 Starting fast—a motorcycle convoy roars through the lobby of the Wynn Las Vegas, staying only long enough to scoop up millions of dollars’ worth of stones from a classy jewelry store before riding away—Stan Parish’s latest novel “Love and Theft” (Doubleday 2020; $19.49 Amazon price) never slows down.

Told from multiple points of view, we follow the police as they work to solve the crime as well as the thieves planning their next one last heist and not getting busted. We move with the action from Vegas to Jersey and then to the luxe vacation destination of Tulum, Mexico. Along the way there are weird stops such as one at the home of a doctor who injects willing subjects with a hallucinatory drug that helps them calm down while he and his wife, wearing wired masks, communicate their insights while taking notes.

It’s all breathless but at the same time human. Neither cops nor bad guys are cartoon characters here. Parish makes them real while juggling the fast-paced plot.

His interest in mystery-thrillers began when he was around 10 or 11 and pulled a copy of “Dog Soldiers” from his dad’s bookshelf. Parish was ordered to put it back, his father telling him it was full of sex, drugs and violence. Of course, the book only stayed on the shelf until his parents went to bed.

Inspiration also comes from stories he hears from what he reads and hanging out.

“In April 2007, two stolen Audi A8s smashed through the glass façade of the Wafi Mall in Dubai,” says Parish. “In a marble rotunda, the white car rammed the secure entrance of Graff Jewelers, while the black car spit out men in masks with automatic weapons.”

It was the work of a successful gang called the Pink Panthers and became the basis for the opening sequence of “Love and Theft.” But the book is also fueled by what he calls being a diviner though instead of finding water he has “a sixth sense for strange subcultures, suspicious characters, and after-after parties.”

A few years ago, in Marbella, Spain he was invited to a party at the home of several young bullfighters and during the evening “divined” that some of their income derived from storing drugs for a local cartel. That experience too became a plot point in the novel.

The former editor-in-chief of The Future of Everything at The Wall Street Journal whose writings have appeared in the New York Times, Esquire and GQ, Parish earned a brown belt in Brazilian Jiu Jitsu and moved to Los Angeles from New York a few years ago. But now he’s living in Europe, waiting for the pandemic to end. He’s dedicated to his craft. Planning on finishing his thriller in Malaga, Spain, he accidentally left his computer, notes and outline behind at JFK International Airport in New York City and while calling lost and found everyday hoping it would turn up, tapped out sections his novel on his cell phone his while riding in cabs late at night. His life, in other words, seems to track his fast-paced novel.