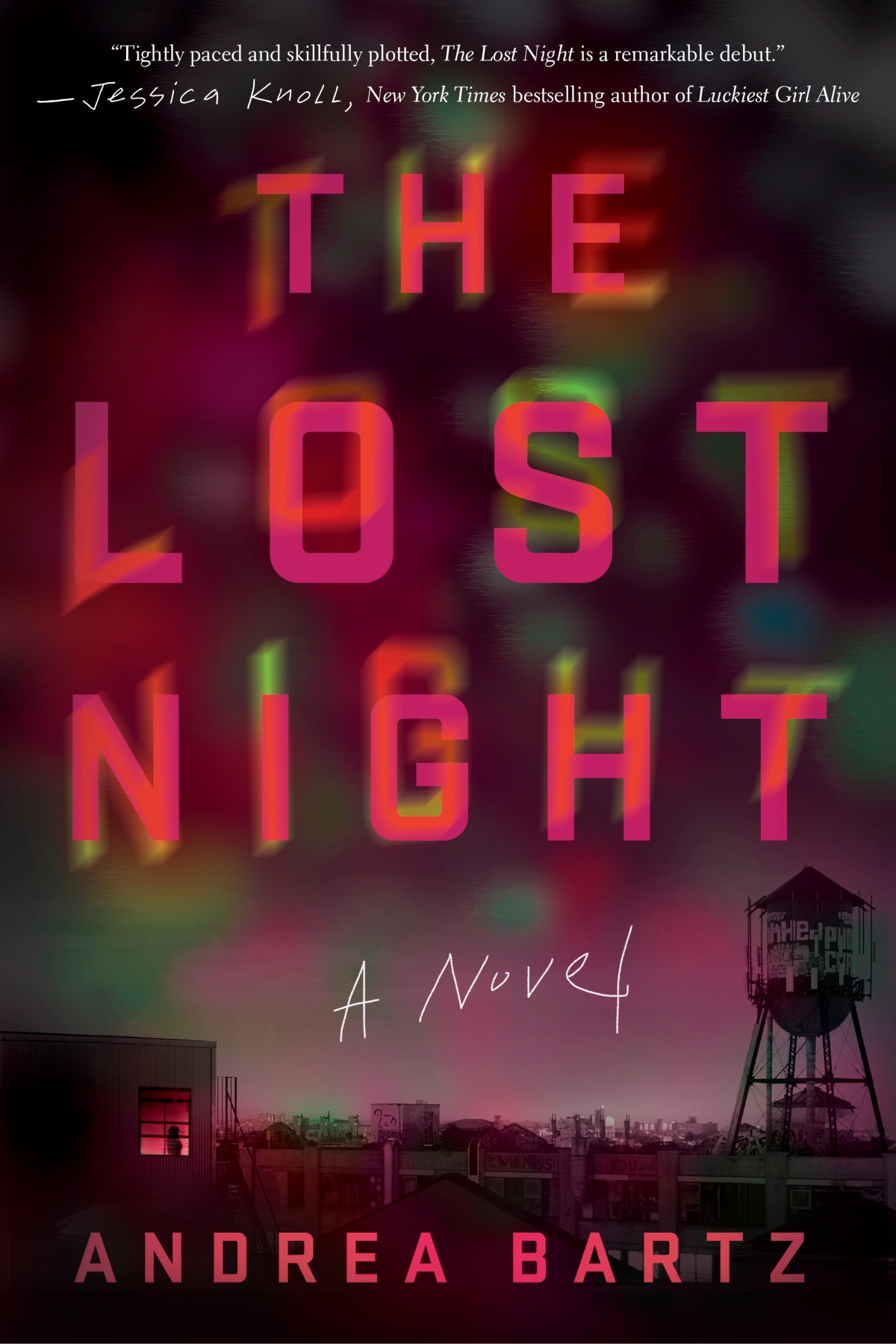 In Andrea Bartz’s mystery novel, The Lost Night, Lindsay Bach believes she remembers the night her once-best friend Edie committed suicide. It’s seared into her brain. Or so she thinks. Over dinner, a long ago friend who has just moved back to New York suggests that she wasn’t with the group like she believes. Could that be true? Getting a friend to hack into her old email account, Bach backtracks a decade ago to when she and her group of friends were post graduates starting jobs, consuming too much alcohol, partying too hard and falling in love—often.

With each new revelation about that time and her part in the days leading up to Edie’s death, Bach has to employ the skills she uses to fact check magazine articles for her job to do the same in her life. The questions are many, but the most important ones are did the captivating and beautiful Edie really commit suicide or was she murdered? And did Bach have something to do with her death that she can no longer remember.

Bartz, who earned her master’s degree at Northwestern University and the author of Stuff Hipsters Hate, her blog turned book, says she wanted to write a book like those she likes to read—tomes by female mystery writers like Tana French, Gillian Flynn and Jessica Knoll. For inspiration, she turned to a time in her life—New York City in 2009. Like her favorite writers, the novel struck a note and even before the book was published at the end of February, it had already been optioned by Cartel Entertainment as a limited series with actress Mila Kunis’ Orchard Farm set to produce.

“It was a crazy time and we were partying while the world was burning,” she says of her time as a 23-year-old.   “I thought of this time and how bizarre it all was and then interlaid it with a mysterious death. It opens up a certain subculture that I hope is interesting to readers, it certainly was introspective for me.”

The novel, atmospheric, intense and intriguing, reflects an interest in psychology and memory that has always interested Bartz—and Bach, the character Bartz describes as being most like her. In an early chapter, Bartz tells a lover how drunk blackouts mean that the incidents that occurred never were recorded in our memories. They don’t exist and yet they happened.

“We’ve all had those incidents where someone will describe an event and say you were there and you don’t remember it,” says Bartz, noting there’s something both creepy and disorienting about how there’s no hard and fast truth just different memories

So, it is with Bach, who is shaken out of her of complacent lifestyle by having to grapple with the truth—as elusive as it is.

What: Author Andrea Bartz will be answering questions about her new novel The Lost Night, and magician Jeanette Andrews will be wowing the audience with a short performance.