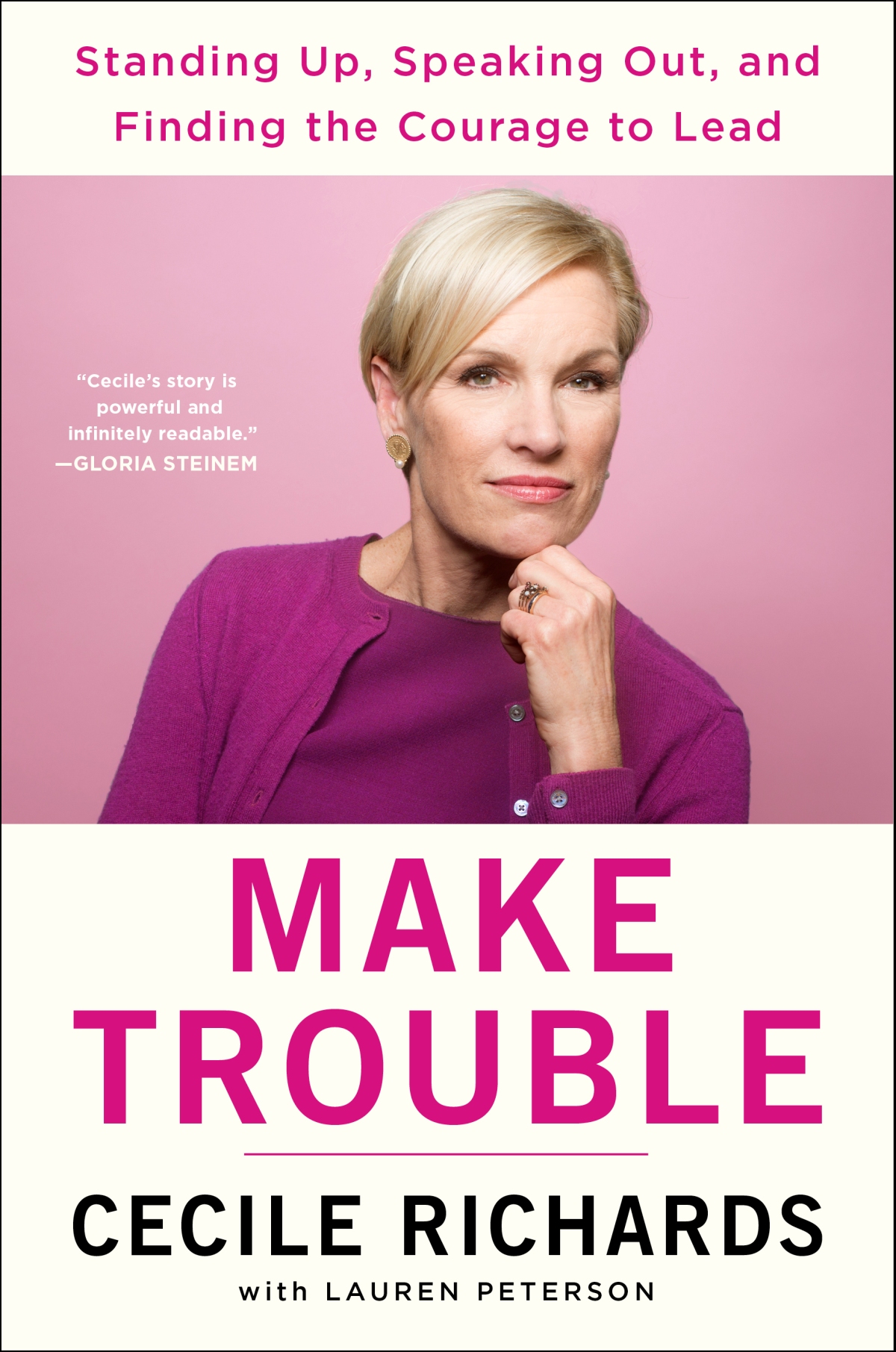 “How much time do you have?” Cecile Richards laughs when I ask how her mother, the late Ann Richards and the first woman governor of Texas, influenced her.

“She taught me so much,” continues Richards, the outgoing president of Planned Parenthood who will be in Chicago next week to talk about her new book, Make Trouble: Standing Up, Speaking Out, and Finding the Courage to Lead — My Life Story (Touchstone, 2018; $27). “There were the practical lessons, like never wear patterns on TV, or before you name your child, think about how it will look on a bumper sticker. And then there were the life lessons I think about constantly: People don’t do things for your reasons, they do things for their reasons. You only get one life, and this is it – there are no second chances, and no do-overs. And most of all, that there is no higher calling or better way to spend your time than public service and making people’s lives better.”

Richards recalls how, when eight months pregnant with twins and campaigning for her mother, she had to figure out what to wear to such events as the Luling Watermelon Thump parade and how  despite all polls to contrary, Ann Richards won the governor’s race. All of these experiences developed in Richards a resiliency and an ability to persevere no matter what.

“To me, that’s one of the ultimate lessons for activists today: Never let practicality stand in the way of doing the impossible,” says Richards. “Whenever you’re working for social change, there are going to be people who disagree with what you’re doing. If there aren’t, you probably need to set your sights higher. Anything worth doing has its challenges, and I feel incredibly lucky and privileged to be able to choose to do the work I do.”

Calling herself a troublemaker, she encourages others to take that role as well.

“Activism and working for social justice are not a chore – they’re fun, inspiring, powerful, and introduce you to people who will change your life and change the world,” says Richards.

She’s also excited that there are currently 35,000 women in America running for office.

“They’re not waiting for permission or an invitation,” she says. “They’re looking around at the people – especially the men – who are supposed to represent them and thinking, ‘I could do better than that.’ Women are leading the resistance, and that is one of the most hopeful, encouraging signs I’ve seen in my life. The number of people in this country who believe politicians should be able to interfere in women’s personal health decisions, who want to go back to the days when women didn’t have the opportunities they do today – that’s a small iceberg, and it’s floating out to sea.”

What: David Axelrod, Chief Strategist for Barack Obama’s presidential campaigns and current Director of University of Chicago Institute of Politics and a Senior Political Commentator @CNN, will be in conversation with Cecile Richards:

FYI: Tickets are for sale by Women & Children’s First and can be ordered at brownpapertickets.com/event/3335756. The price includes a pre-signed copy of the book.