The spark for his second novel stems from what it means to be an adopted child from a land very far away says Boris Fishman, author of 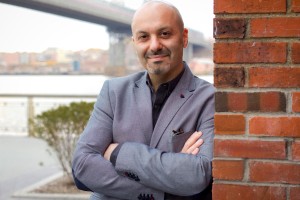 Fishman, who was born in Minsk, Belarus and immigrated to the United States at age nine in 1988, knows the intense feelings of searching for where he belongs both emotionally and psychologically.  It’s the theme he explores in his humorous and touching story about Maya Shulman, a Ukrainian exchange student who marries Alex Rubin, a somewhat spoiled son of Russian immigrants.

The two adopted Max whose biological mother’s parting words were the “Don’t let my baby do rodeo” and up until age eight, Max has not been a problem. But then suddenly his behaviors become somewhat bizarre and indecipherable to the couple. Max begins acting somewhat feral-like. He consumes grass, sits face down in the river and hangs around wild animals.

Their own lives have also reached a point where they need to redefine things and in that very American way, Alex and Maya decide to take Max and hit the road to find his parents who live in Montana.

It’s a physical and spiritual quest told from Maya’s point of view. But for Fishman it also represents what many immigrants go through, including his own family.

The patriarchal roles for both men and women that many immigrants brought with them from their homeland change particularly for the next generation.

“I’m of their blood but not of their psychology,” says Fishman who graduated with a degree in Russian literature from Princeton University and a MFA in fiction from New York University.

Indeed, Fishman says that half way through writing his novel, he realized he was like Max.

“I was really feeling it,” he says about the catharsis of writing about Max. “You basically realize that neither of the places—the U.S. or Russia are home. And so you have to find a third place”