Bundled into a car during a winter storm, 17-year-old Liz Pryor left her home in Winnetka with her mother to what she thought was a Catholic home for pregnant teenagers. Instead, Pryor found herself in a locked government-run facility filled with impoverished delinquent girls whose experiences and backgrounds were totally different than hers. 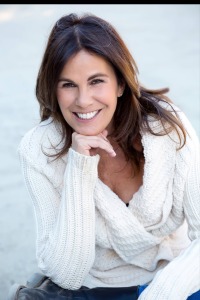 Over the years, Pryor, who went on to become an author, speaker, parenting columnist and life advice expert, appearing on Good Morning America, never talked about her time in confinement. She had promised her mother to keep it a secret.

“Before she passed, I asked her how she would feel if I wrote my story and she said I should do what I want, adding ‘look at you now,’” recalls Pryor who chose to write about her experiences in latest book, (Random House 2016; $28).

“Emotionally it was cathartic for me to write this book, it was incredibly cool to see myself then and now,” says Pryor who didn’t talk about what happened for 36 years. “None of my friends or family knew my story and I thought it was important to share it with my children particularly as I was pretty much the same age as they are now.”

Pryor sees her book as a coming of age story as well as a way of learning to understand the limitations of those we love.

“My mom really thought she was doing the best thing for me by sending me there, she thought otherwise my life would be ruined,” says Pryor. “Those months really changed my outlook. Many of the girls I met started so far behind the starting line.”

Indeed, the comparison between her lifestyle and those in the detention facility were totally different. Pryor was from wealthy suburb, a background unfathomable to the girls she found herself living with—many of whom came from foster homes or were homeless and had lived on the streets. Pryor had become pregnant during a long term relationship with her boyfriend. Others had been raped and sexually abused. Feeling abandoned by her parents (her mom visited twice, her father once—family and friends were told she was ill and at the Mayo Clinic), Pryor learned to forge friendships with the other women who were locked up with her.

“I think that facing real adversity, if you can make it through, makes you stronger,” she says. “I think what I went through gave me the scrappiness and confidence to do what I’ve done.”