With a step-mother who can’t help but hear and see ghosts no matter how many Alba songs she sings, no longer Nola Trenholm ends up buying a haunted home in New Orleans in Karen White’s latest book. 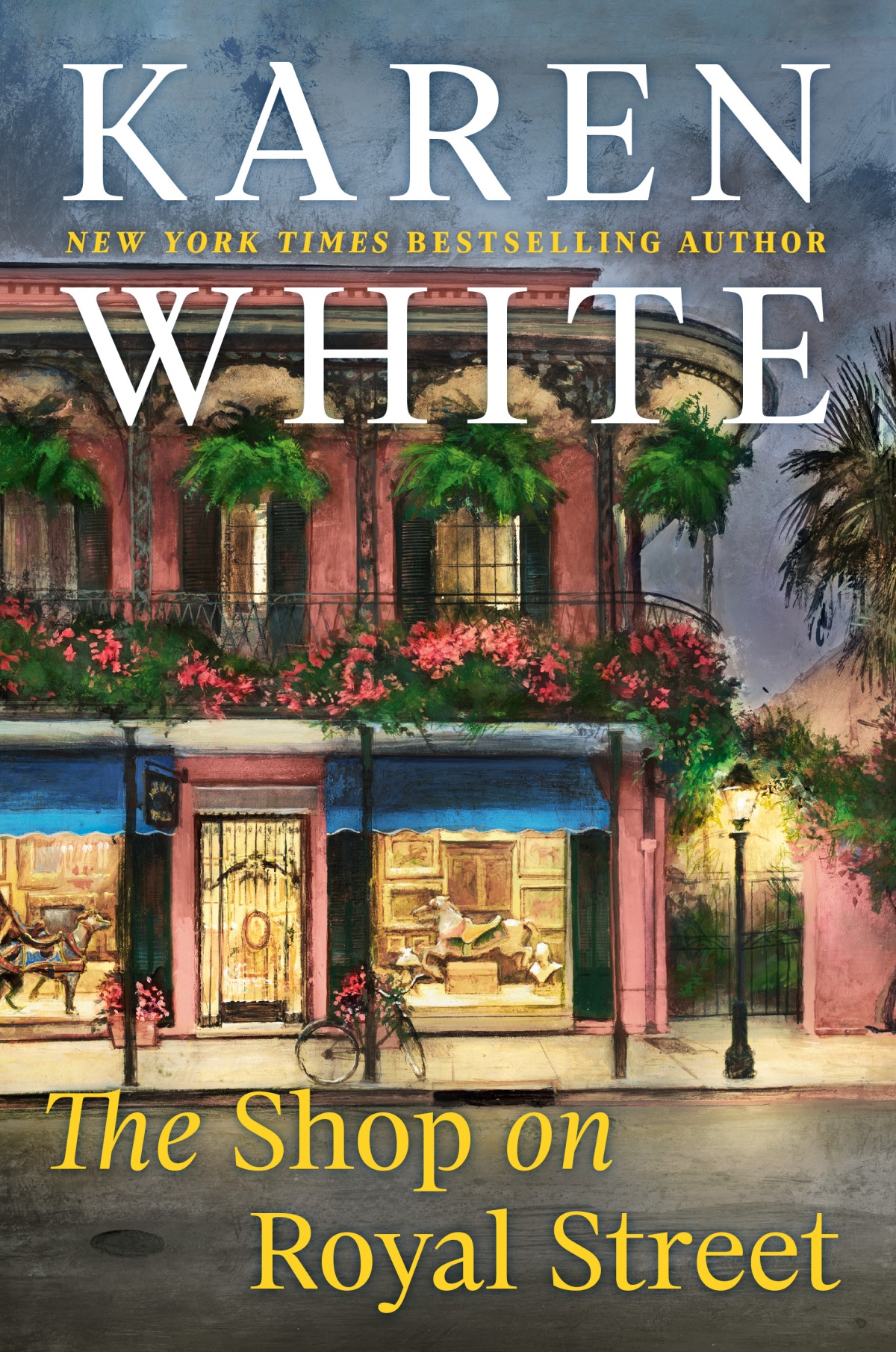 Author Karen White has added another page-turner to her repertoire of haunted houses and ghosts who won’t stay put in her latest book, “The Shop on Royal Street.”

White, who has written more 30 books, including the very successful haunted home Tradd Street Series, now has moved her spooky action from Charleston to New Orleans as we follow Nola Trenholm, who buys a Creole cottage that needs extensive work only to discover that some of the previous occupants are still living there — if living is the right term to apply to people who are dead.

But you can’t say Nola wasn’t warned. Her stepmother, who hears and sees ghosts like the rest of us see cars on the streets, tours the house with her before she signs the paperwork and suggests that it would be better to burn it down than then to move in.

As if that wasn’t enough of a warning, while they’re looking around there’s a sudden scream and an explosion of antique blue bottles — a seemingly spontaneous event with no possible explanation as to why it happened.

It turns out that the home was the scene of an unsolved murder, and to help her figure out what to do, Nola has to rely upon Beau Ryan, who can communicate with the spirits, something Nola unfortunately is unable to do. But Beau’s past is mysterious. His sister and parents disappeared during Hurricane Katrina and he is also connected to the murder that took place in Nola’s new home.

Nola has her own issues as well. A recent college graduate, like her parents she has addiction issues. Her father, Jack Trenholm, a best-selling novelist, has been able to overcome his demons, but her mother, a drug addict, didn’t.

White, who says she definitely believes in ghosts, has never seen one herself.

“And I’ve definitely put myself in places that are haunted,” she said.

Her grown son has and he is definitely not happy about it.

Is it hard to write about ghosts if you’ve never seen one, I ask White when we chat on the phone?

It turns out it is, since White never plans or plots her books, so what the characters say and do, whether they’re still alive or not, just flows as she writes.

Her human characters can be difficult and so can the spirits.

”I don’t use the ghosts to be scary, I use them as characters — it’s like having a neighbor,” she said. “I love how they tie in the past and the present and I love how they can be useful. Don’t we all wish we could ask for help from the other side?”

But, of course, she continues, ghosts can’t always express themselves any better than their human counterparts.

This article originally appeared in the Northwest Indiana Times.