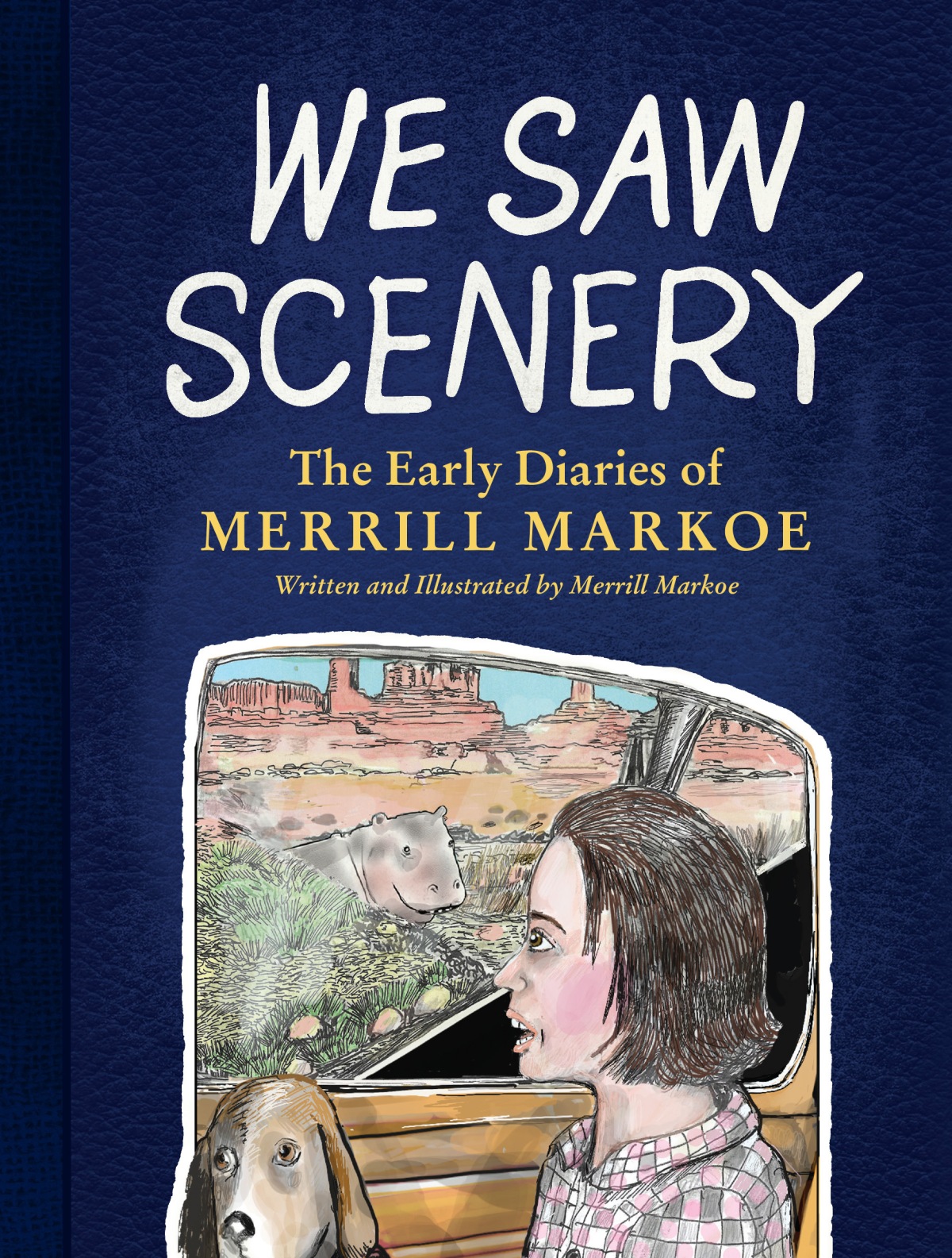 The first time I met Merrill Markoe — the multi-Emmy award winning comedy writer who created such segments on the David Letterman show as “Stupid Pet Tricks,” “Stupid Human Tricks” and “Viewer Mail” — was in the living room of Barbara Stevens, who at the time was living in Hobart.

Stevens, who has since passed away, was the mother of my friend Andy Prieboy; Merrill is his partner of almost two decades. The two live in Santa Monica, California with their two dogs. Andy, a musician, and I both grew up in the Indiana Harbor section of East Chicago.

I know a lot about their romance, not from them, but by reading “The Psycho Ex Game” a darkly humorous and ultimately romantic book they wrote together about two friends competing to see whose ex is the craziest. How autobiographical it is, I don’t know for sure, but the basics are very factual. Merrill’s ex was David Letterman, though she changes his name slightly in the book. She not only was his original head writer but also his partner for 10 years. Google her name and up pops the description of her as “the key creative force behind” the Letterman show.

Recently I learned more about Merrill by reading another of her books, the recently released “We Saw Scenery: The Early Diaries of Merrill Markoe.”

Andy set up a Zoom meeting so Merrill and I could talk about her book. But first he and I had to share a few stories about Indiana Harbor — we didn’t know each other growing up but we knew a lot of the same people. And Indiana Harbor being what it was, there are always stories. Merrill, as usual, was very polite about it all, but I don’t think she quite gets our enthusiasm for an old steel mill city.

And since California is always on fire, we chatted about how they’d been without electricity for 24 hours when the electric company shut off everyone’s power to prevent further conflagrations during a raging thunderstorm. “Were there fires near you?” I asked, and Andy said there are always fires. I guess it’s the new normal.

It turns out that Merrill kept diaries from her youth, and a few years ago she rediscovered them in a box she was sorting through. Many women around her age will remember these diaries — they often were protected by a tiny lock that supposedly could only be opened with a tiny key.

“I wondered what did I do that was so secret I had to keep it under lock and key?” Merrill said. Nothing it turned out, which was a good thing because those locks are very flimsy.

When she began reading the diaries, it was as if they belonged to a stranger.

“I didn’t remember two-thirds of the stuff I’d written,” she said about the years covering elementary school to college, or as Merrill puts it — spelling bees to an acid test party put on by Ken Kesey.

As she read, she drew. Merrill graduated from the University of California at Berkeley with a master’s in art with the goal of becoming an art professor. She segued into comedy writing out of necessity.

“It was easier for me to get a job writing for TV than getting a job teaching art,” she said. “It hadn’t occurred to me before then that comedy was a career, that I could be doing stand-up. I had learned at that point I could write jokes, but I wasn’t someone who could write them while walking back and forth on stage in front of an audience. I’d stay home and write them.”

Illustrating her diary excerpts was part of her search into her past.

“I was looking for that spot when I turned into myself,” she said. “Where I wasn’t 12 or 13 years old observing stuff around me and making jokes. But that’s the core of myself — observing, stepping away from it and writing jokes. When I was hospitalized recently, the first thing I did was make a joke.”

Since we’re on the subject of jokes, I ask who her favorite comedians are.

“I can’t say because whoever I leave out will get mad at me,” she said.

How about dead comedians? She’s got a list: Robert Benchley and Dorothy Parker who were famous in the 1920s in New York; Jack Benny, George Burns and Gracie Alley from the days of black and white television in the 1950s; W.C. Fields; Ernie Kovacs; and Lily Tomlin.

I pointed out she was still alive.

“I know, but I couldn’t do what she did with all those characters she played,” she said. And then we talked about how her drawings and diary passages turned into a book.

So what does she, after all this time, think of her younger self?

“I think she was kind of an idiot,” said Merrill. “At least until she moved to Northern California.”