Prohibition in Chicago was the ultimate business opportunity for the violent men who made up the many gangs who fought to control alcohol as well as narcotics, gambling, labor and business racketeering and prostitution in the city. And while there were turf wars during Prohibition in many American cities, Chicago was the bloodiest of all.

“The apex of the violence in Chicago was the St. Valentine’s Day Massacre where seven men were killed,” says John J. Binder, author of 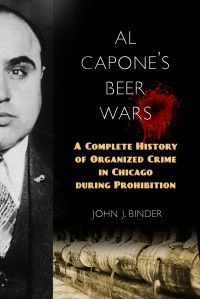 (Prometheus Books 2017; $25). “That was a record. In any other city, there were never more than two or three gang murders at one time.”

Chicago at that time was almost completely lawless and these mobsters thought they were untouchable says Binder, adding that gangsters like Al Capone even gave interviews which added to Chicago’s reputation as did the way they did business including machine guns, drive-by shootings.

Binder, who has been writing about organized crime for more than 25 years, is an Associate Professor Emeritus of Finance in the College of Business at the University of Illinois at Chicago. His background in business and finance is perfect for writing what is the first complete history of organized crime in Chicago during Prohibition because after all it is a business.

“The sole goal of organized crime is to enrich their members,” says Binder. “Sure, they’re violent and sure they kill each other, it’s useful in running the business. But the goal was to make money.”

While legendary figures like Al Capone have taken on almost mythical status, Binder says that many books don’t even cover some of the other 12 gangs who were major bootleggers in Chicago at the start of Prohibition.

“A lot of books about Prohibition in Chicago just cover the same thing,” he says, noting that five years of research went into his book. 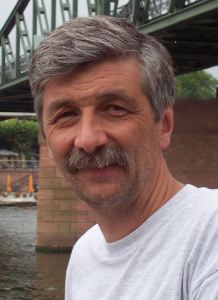 The Chicago mobs’ reach also extended into Northwest Indiana says Binder who will be conducting a tour of Prohibition sites.

“The Canadian Whiskey Superhighway ran from Detroit through Gary to Chicago,” he says.

What: Talk and book signing