As a journalist, Fiona Barton investigated crimes, attended trials and then wrote and filed her stories. But as the author of the

just-released “The Child” and her best-selling novel, “The Widow,” both psychological thrillers, Barton had to switch gears.

“It sounds ridiculous, but I had to stop being a reporter in order to write a novel,” Barton says. “I knew how to write — I’d been doing it for 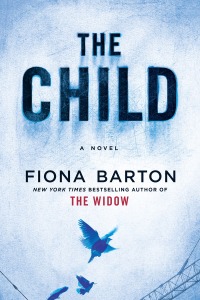 a living for more than 30 years, but what I was writing came from other people. Journalism is listening, probing, testing other people’s words and telling a story concisely and often under 500 words,” she says.

“Writing ‘The Widow’ meant unlearning a lot of things. It was incredibly hard at first and I got to 10,000 words and thought I had nothing left to say, but there was a moment where I gave myself permission to fully invent. It was a real crunching of gears but wonderfully liberating to be free to create my own world in both books.”

Barton’s done it again with “The Child,” which brings back Kate Waters, the newspaper journalist who first appeared in “The Widow.” Wanting to impress her boss, Kate follows up on the discovery of a small skeleton in a recently demolished building. Barton says that the inspiration for the story came from exactly the same place that Kate finds it in the book.“As a journalist, I’m always looking for stories,” she says. “I tore interesting items out of newspapers and magazines — my hairdresser hated me — and shoved them in my handbag for later. They were often just a few lines in a story but it was the unanswered questions that drew me in. One of the scraps of paper lurking in the bottom of my bag many years ago was about the discovery of a baby’s remains. Like Kate, I wanted to know who the infant was? Who had secretly buried it? And who else knew?”