“I live just a few blocks from Lake Michigan and I’m not sure I would have move back to Wisconsin after living in Utah and Idaho after college if it the lake wasn’t here,” says Dan Egan, a senior water policy fellow at the University of Wisconsin-Milwaukee’s School of Freshwater Sciences. “Milwaukee wouldn’t be Milwaukee without Lake Michigan.” 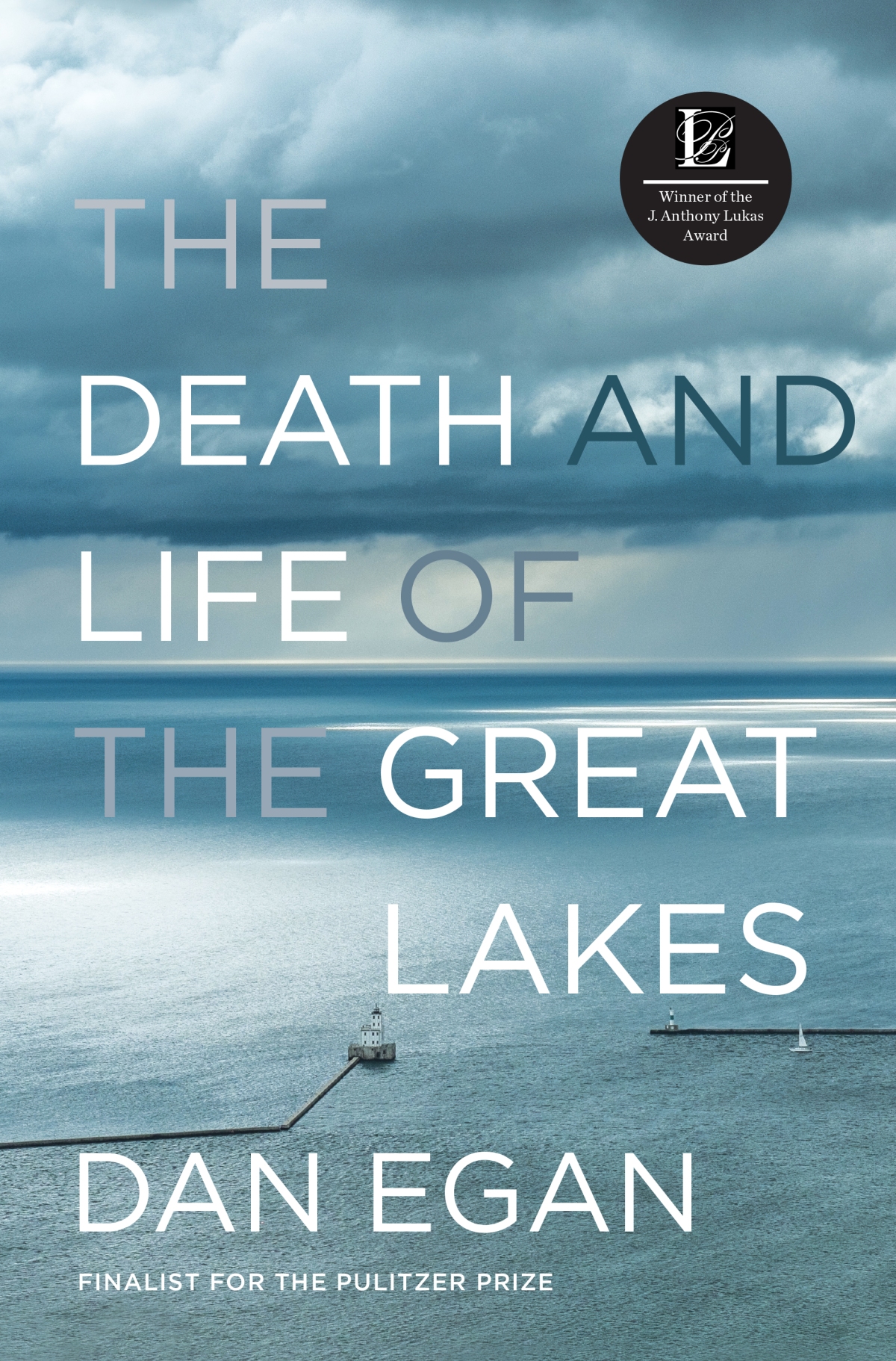 “The Great Lakes are a trove of freshwater like nowhere else,” says Dan Egan, author of the New York Times bestseller The Death and Life of the Great Lakes. “They contain one-fifth of the world’s fresh water, and there are about 40 million people who live in the Great Lakes basin. The lakes matter to us for many reasons—economically, culturally and, for me, emotionally.”

Indeed, for Egan, a journalist for the Milwaukee Journal-Sentinel who has covered the Great Lakes for over a decade, it’s not just a job or the realization that these bodies of water are important for commerce but also because they define a region.

“I live just a few blocks from Lake Michigan and I’m not sure I would have move back to Wisconsin after living in Utah and Idaho after college if it the lake wasn’t here,” says Egan, a senior water policy fellow at the University of Wisconsin-Milwaukee’s School of Freshwater Sciences. “Milwaukee wouldn’t be Milwaukee without Lake Michigan.”

For those of us who grew up in Northwest Indiana, that same feeling prevails. Lake Michigan is part of our history and our present from the industries that lined its shores and made this area a powerhouse in manufacturing and shipping to the beauty of the dunes and beaches and all the recreational opportunities they offers, it’s all encompassing. But Egan sees the Great Lakes as being more fragile than we realize.

“When you look out at the lake, you see this beautiful body of water but there’s so much going on that you don’t see,” he says.

From the alewives that plagued the beaches back in the 1970s to new dangers, Egan says many of the difficulties with the Great Lakes began when they were opened up to the ocean by building the St. Lawrence Seaway, allowing large ships to bring in such invasive organisms as zebra and quagga mussels. Each year, it costs millions of dollars to remove these mussels from water intake plants.

“No one had ever heard of these before 2000,” he says, noting that while the shipping industry has taken steps to eliminate these unwelcome passengers, the technology is not enough to completely stop them from hitching a ride into our waters.

In ways, it’s been one crisis after another. The Clean Water Act of 1972 helped clean up the pollution that industries and cities were dumping into the water by holding them accountable. But then came the invasive species.

“Lake Erie, the smallest of the lakes, is probably in the worse shape,” says Egan, “because of its algae blooms and dead zones. But all the lakes are vulnerable.”

Interestingly, Egan says that global shipping accounts for less than 5% of the traffic on the Great Lakes which he describes as being equivalent one train a day, yet they are the major cause of the problems impacting the lakes’ ecosystems.

Egan thinks it’s important for people to know the issues putting the lakes in jeopardy.

“An informed public is an empowered public,” he says. “I hope this book gives a baseline knowledge about these glorious lakes.”

Cost: Free; seating is first come, first served. Books are available for purchase and Egan will be autographing books at the end of the program.