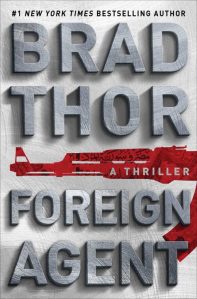 whose latest novel, Foreign Agent (Simon & Schuster 2016; $27.99), is very timely considering the recent events such as the massacre in Orlando, Florida. “My novels let people peer into the worlds of espionage and counterterrorism. What I’m trying to do with my thrille 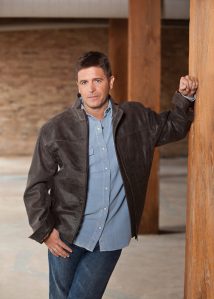 rs is beat the headlines. Often times, you can’t tell where the facts end and the fiction begins.

With a growing interest in how, for certain people, the Quran is used to justify violence, Thor, whose other thrillers include Code of Conduct and Blowback (which NPR listed as one of the “Top 100 Killer Thrillers of All Time”), immersed himself in the life of Mohammed, the seventh century Islamic leader. Thor traces Mohammad’s early peaceful beginnings in Mecca to his later years when he led 10,000 Muslim converts on Medina in a bloody confrontation. Using what he learned as part of the fabric of his book, Foreign Agent is the latest in the Scott Harvath series.

Harvath, a former Navy SEAL and the kind of guy you definitely want on your side in a fight, is on the hunt across Europe and the Middle East for those responsible for an ambush of American operatives near Syria and a man he considers capable of the greatest evil ever known.

In Foreign Agent, Thor has created a thriller that is not only riveting but also offers a historic and personal perspective on events that we read about in today’s news.