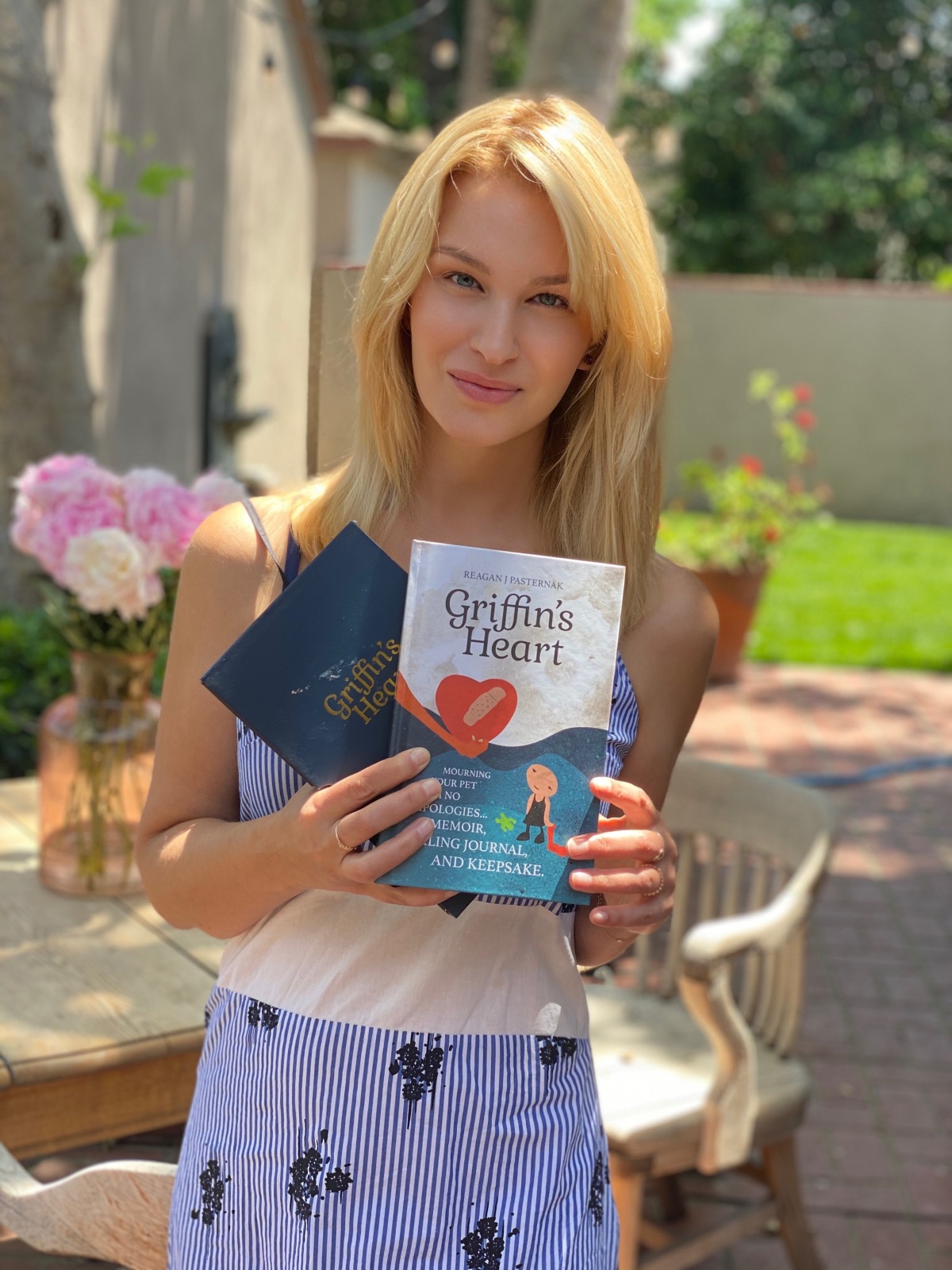 It’s been ten years since actress Reagan Pasternak’s beloved cat, Griffin, died and since then, though life has been very busy with her career, marrying, and becoming a mother, she has missed the pet she calls a “soul mate.”

To help with her grieving, Pasternak who starred in Netflix/HULU/HBO’s “Being Erica”, HBO’s “Sharp Objects”, Syfy’s “Wynonna Earp,”  and BET’s “Ms. Pat,” began journaling her feelings, incorporating not only the pain she was feeling but also tools and techniques for processing her grief. It took a decade but now Pasternak’s book, “Griffin’s Heart: Mourning Your Pet With No Apologies” (Creatures Align Press $27.99) is available through Amazon.

Pasternak, in a phone call from her home in California, describes the book as an interactive memoir, keepsake,  and healing journal that she hopes will provide guidance for others who have lost a pet.

“I feel that animals get so forgotten after giving us so much love,” she says. “I wanted to honor them.”

Pasternak doesn’t consider herself a writer but says she felt compelled to write about all that she has learned while going through her own stages of grief. That includes reading about the brain and how it processes emotions and information, exploring different ways to heal such as music therapy, and taking up meditation to help with anxiety. Doing so helped with the loss of her other pets as well including another dog who just recently passed away.

“Everything began accumulating in my psyche, and one morning my husband said that I needed to finish the book,” she says. “I had started it, put it aside, had a baby, was acting—so I was busy. Every morning when I started writing the book, I’d ask myself to whom am I writing. I wanted readers to have something, so they knew they weren’t alone and to know they could get through. Then it just all came together in a cosmic way. I met an editor who thought it was a great idea and we started working together.”

The book contains exercises, chances to journal, and is a repository for readers to enter their own memories, melding their losses into what Pasternak sees as a keepsake.

Since the book was published, Pasternak has been receiving notes from readers who share their own stories of losing a pet.

“My husband and I read them and cry,” she says. “It’s so touching that these strangers are reaching out. I keep getting photos from people showing how they have placed the book next to the urn containing their pet’s ashes.”

This outreach has inspired Pasternak to stay focused on the book and the stories people share.   “I just believe I’m helping change the culture of grief,” she says. 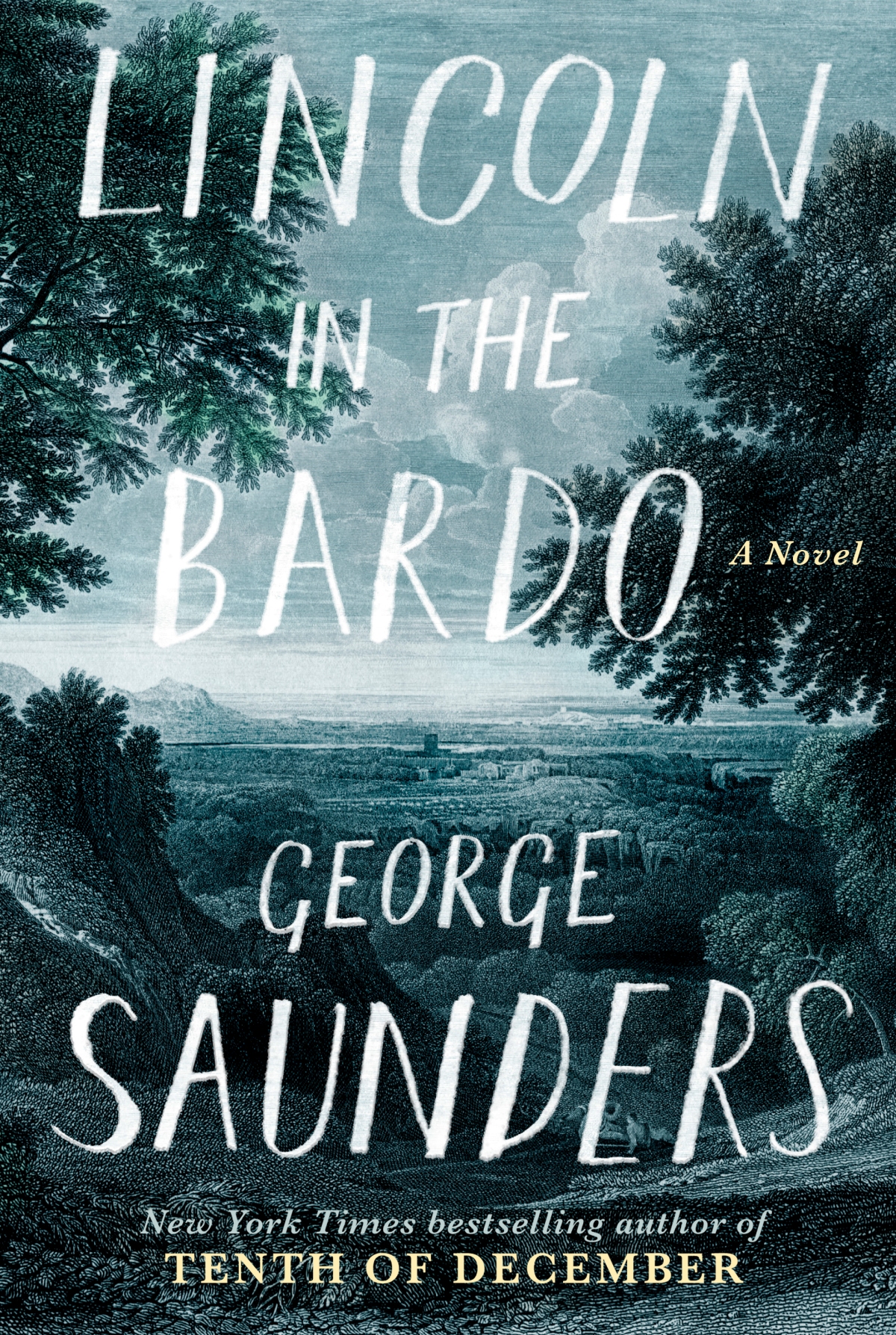 Several decades ago, George Saunders and his wife were visiting Washington D.C. when their cousin mentioned that anecdotal evidence indicated President Abraham Lincoln had surreptitiously visited the tomb of his 11-year-old son, Willie.

For years, the story of Lincoln, so overcome by grief, that he stole into the monument where his son was interred, nagged at the edges of Saunders’s mind. But Saunders, who teaches in the creative writing program at Syracuse University, had never written a novel and besides his writing was mostly satirical in nature.

“But this material has been calling me all these years,” says Saunders, author of Lincoln in the Bardo (Random House 2017; $28). “It’s like their story was a stalker, it kept showing up at my window and it needed to get out.”

Justifying his foray into a new literary form by telling himself he’d had a nice run regarding his career—Saunders is an acclaimed short story writer who is included in Time’s list of the 100 most influential people the world, he decided why not try “this Lincoln thing.”

Saunders still had doubts about his ability to tell the story in the way the way it needed to be told. But having grown up in Chicago as part of a devout Catholic family and now having adapted some of the tenets of Buddhism in the Tibetan tradition, he has written a book that though just recently released is already garnering great reviews.

“We’re all in the bardo right now that goes from birth to death,” he says, noting that Buddhists would call these transition stages reincarnation and noting that the book takes place just after that, in the bardo that goes from death to whatever comes next. “Now is the time to live–knowing that death is coming—if we can accept ourselves as a mess.”

With all his research, Saunders has come to see how Lincoln persevered despite the immense weight of the Civil War, the deaths of so many Americans and that of his son as well.

“We had a president back then who bent,” he says, “when others would have broken.”