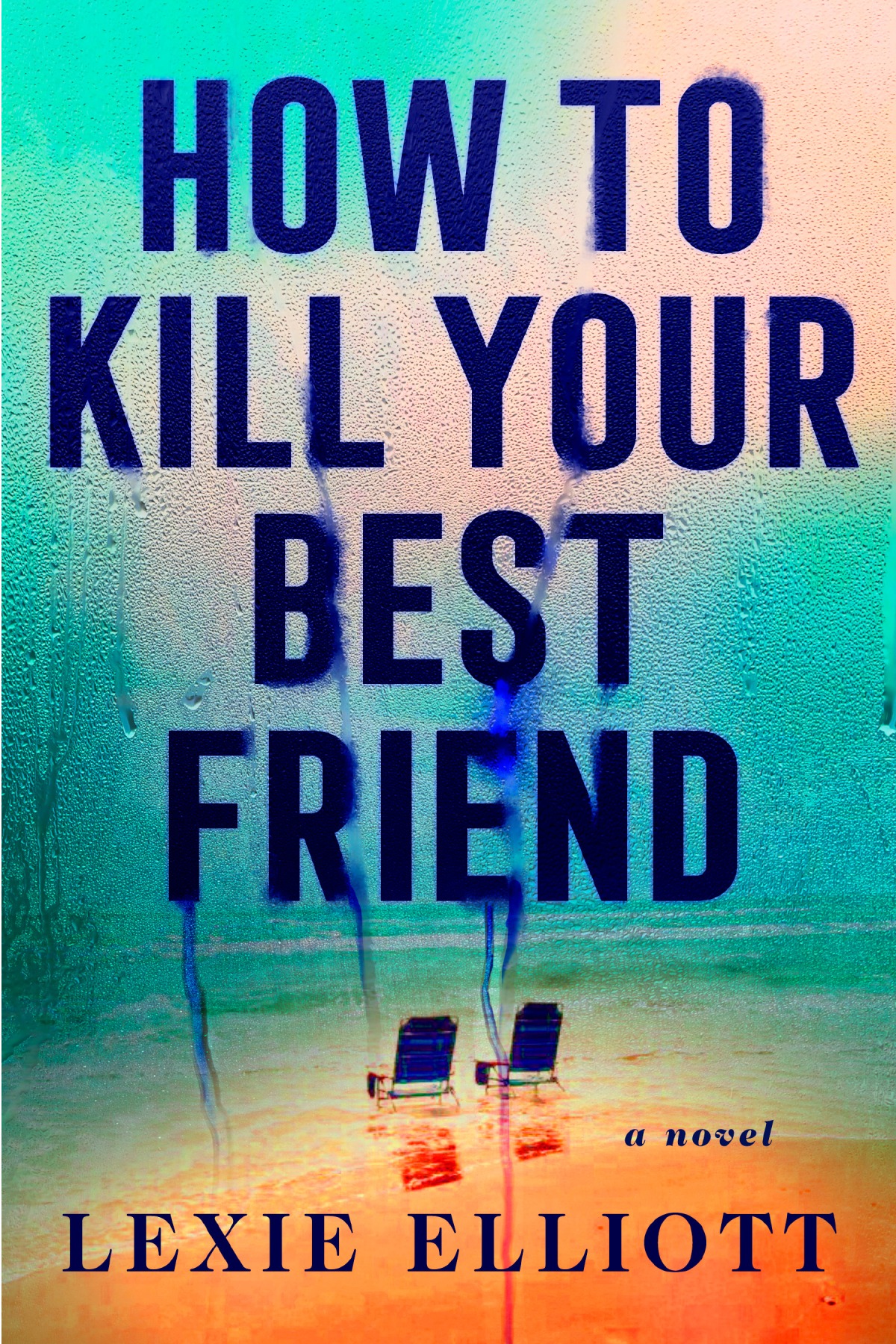 A funeral at a posh island resort isn’t supposed to be fun, but in Lexie Elliott’s new mystery, How to Kill Your Best Friend, it’s more than sad, it’s deadly. And complicated.

Georgie, Bronwyn, and Lissa are close friends having swam competitively together in college. But there long have been undercurrents in the relationships particularly after Bronwyn had an affair with Lissa’s first husband now deceased.

“Lissa, the strongest swimmer of them all, has somehow drowned off the coast of the fabulous island resort she owned with her husband,” says Elliott, who tells the story through the eyes of Georgie and Bronwyn. The two are among a group of mourners—all with interconnecting ties going back to college. But beyond the grieving are questions—and soon violence. Georgie is attacked and both she and Bron begin receiving threatening messages. Plus, there are so many secrets including whether the posh resort is going bankrupt. But even more so, are questions about what really happened. After all, why would Lissa swim in an area known for its deadly currants and is she really dead? And why did Georgie believe that the only way to stop Lissa from murdering again was to figure out the best way to kill her.

A sudden storm hits the island, cutting them off from the mainland and leaving the friends to figure out whether Lissa is really dead or not and who can they trust as the winds crash through windows and turn glass and roofing into weapons while the rains pelt down.

Like the characters in her book, Elliott says her life has always been steeped in chlorine.

“I swam competitively through my school years and represented Oxford University in both swimming and water polo,” she says. “I first dabbled in open water swimming whilst at Oxford and won the Scottish Open Water Championships in the year 2000. Post university, I switched across to triathlons, but after I had my first child, I dipped my toe back into the open water swimming scene and ultimately swam solo across the English Channel in 2007. It took me twelve and a half hours and it was very cold and very far; whilst I’m delighted to have done it, I have no intention of ever doing it again.”

Elliott may be the last person one would expect to be writing mystery-thrillers. She holds a doctorate in theoretical physics from Oxford and had worked as an investment banker with her husband and two children in London. But when she was downsized during the Global Financial Crisis, she decided to pursue writing—a long time dream. This is her third novel and though now she’s back at work, she is already finishing up the next. She can’t divulge the plot except to say it involves Oxford and the French Alps.