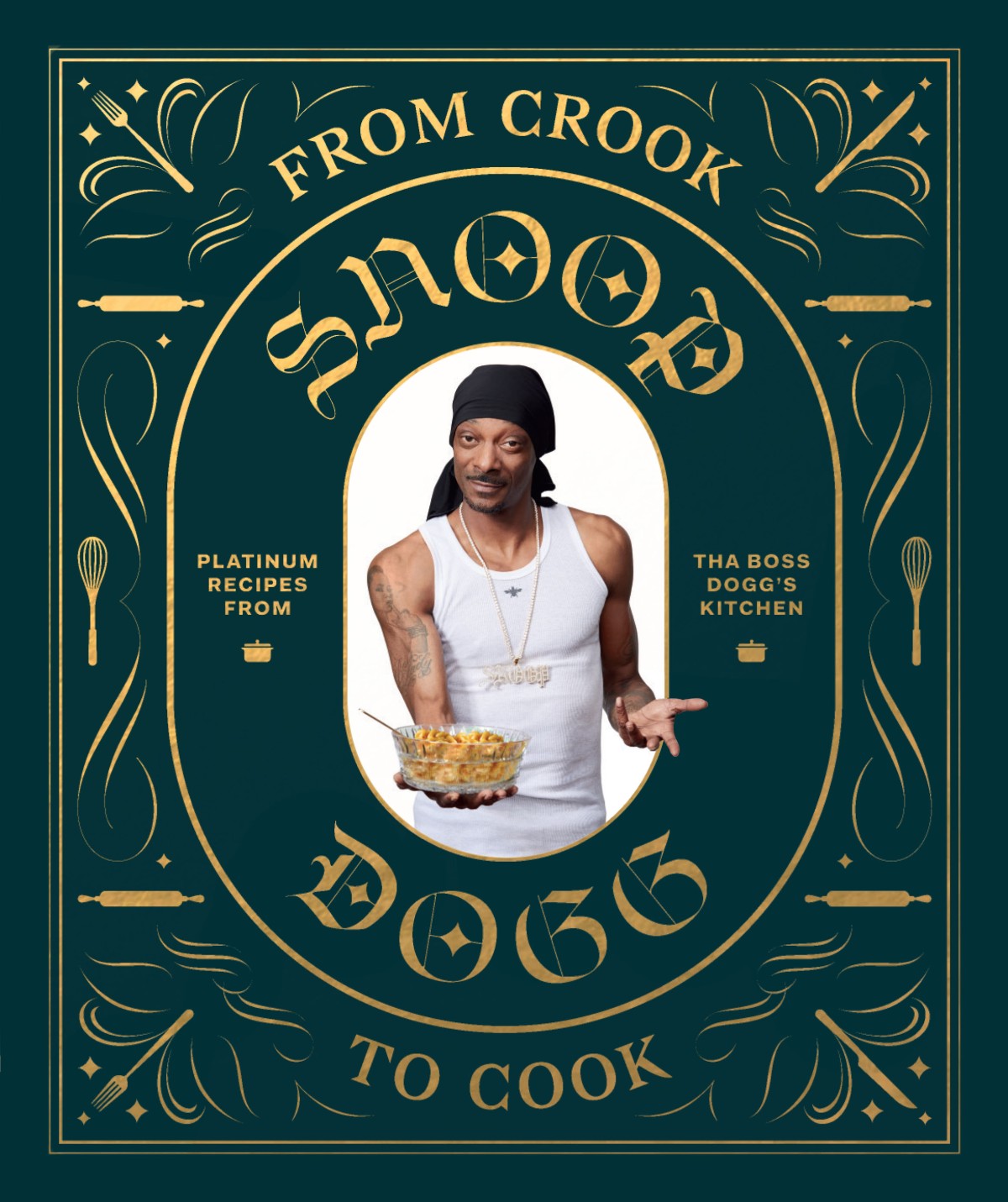 Whether he’s in the hood or in an international city, Snoop Dogg says he’s got to eat and over three decades of performing around the globe, the famous rapper has learned to adapt dishes from what he grew up eating as well as recipes he’s discovered on the road. He shares these in his cookbook, Crook to Cook: Platinum Recipes from Tha Boss Dogg’s Kitchen.

Interestingly, the book, released  in 2018 is again topping the charts spurred by his ultra-cool appearance and performance at the Super Bowl Halftime Show as well as his current Corona Beer commercials. According to a recent article in Rolling Stone magazine,  the book hit the Top Ten of Amazon’s bestsellers list, was Number One on Amazon’s celebrity cookbooks list, topping even newer releases from the likes of Rachael Ray, Queer Eye’s Antoni Porowski and the Barefoot Contessa, Ina Garten.

Plus, we love how he hangs with Martha Stewart, appearing on her show Martha Knows Best as well as the co-hosting the long running TV series Martha and Snoop’s Potluck Dinner Party.

As Snoop Dogg, who by the way has 44 million Facebook followers and 74 million on Instagram, says “You know it’s blazin’ up in my kitchen. I’m takin’ the cookbook game higher with a dipped and whipped collection of my favorite recipes, ya dig?”

Place the bologna on a cutting board and cut one slit from the middle to the edge of each slice.

In a medium skillet over medium heat, melt the butter. Swirl the skillet to cover the bottom

completely. When the skillet is hot and the foam has subsided, add the bread. Lightly toast for about 2

minutes per side, or until golden. Transfer to a cutting board and spread the mustard on one slice of

Place the fried bologna and cheese on the toasted bread slice without mustard and top with as many chips as you and your sandwich can handle.

Close the sandwich, placing the other bread slice, mustard-side down, on top. Go to town.

Preheat the oven to 400°F, with a rack in the top third of the oven. Line a baking sheet with aluminum foil, place a wire rack on top of the foil, and set aside.

In a small bowl, stir together the brown sugar, black pepper, and red pepper flakes.

Lay the bacon slices on the rack. Spread the brown sugar mixture evenly over the bacon.

Remove the baking sheet from the oven and cool the bacon for 5 minutes on the rack. Serve warm.