In her fun very readable Windy City Blues (Berkley 2017; $16), Chicago author Renee Rosen again takes another slice of the city’s history and turns it into a compelling read.

Rosen, who plumbs Chicago’s history to write such books as Dollface, her novel about flappers and gangers like Al Capone, and What the Lady Wants which recounts the affair between department store magnate Marshall Field and his socialite neighbor, says she and her publisher were racking their brains for her next book which encompassed Chicago history.

“She suggested the blues,” says Rosen, who didn’t have much interest in the subject.

But Rosen was game and started her typical uber-intensive research.

“When I discovered the Chess brothers, who founded Chess Records, I fell in love,” she says, noting that when researching she was surprised about how much she didn’t know about the subject despite her immersion in Chicago history for her previous books. “I thought this is a story.”

“As part of my research, I drove the Blues Highway from New Orleans to Chicago,” she says. “I also met with Willie Dixon’s grandson and with Chess family members.”

Combining fact and fiction, Rosen’s story follows heroine Leeba Groski, who struggling to fit in, has always found consolation in music. When her neighbor Leonard Chess offers her a job at his new Chicago Blues label, she sees this as an opportunity to finally fit in. Leeba starts by answering phones and filing but it soon becomes much more than that as she discovers her own talents as a song writer and also begins not only to fall in love with the music industry but also with Red Dupree, a black blues guitarist.

Windy City Blues was recently selected for Chicago’s One Book project, a program designed to engage diverse groups of Chicagoans around common themes. Rosen says she is very honored to be a recipient. 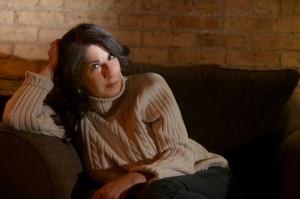 “I put my heart and soul into this book,” she says. “I think it’s a story with an important message. In it are lessons of the Civil Rights movement, what it was like for Jews and people of color along with the history of the blues and the role of Jews in bringing the blues to the world. After all, as the saying goes: Blacks + Jews = Blues.”